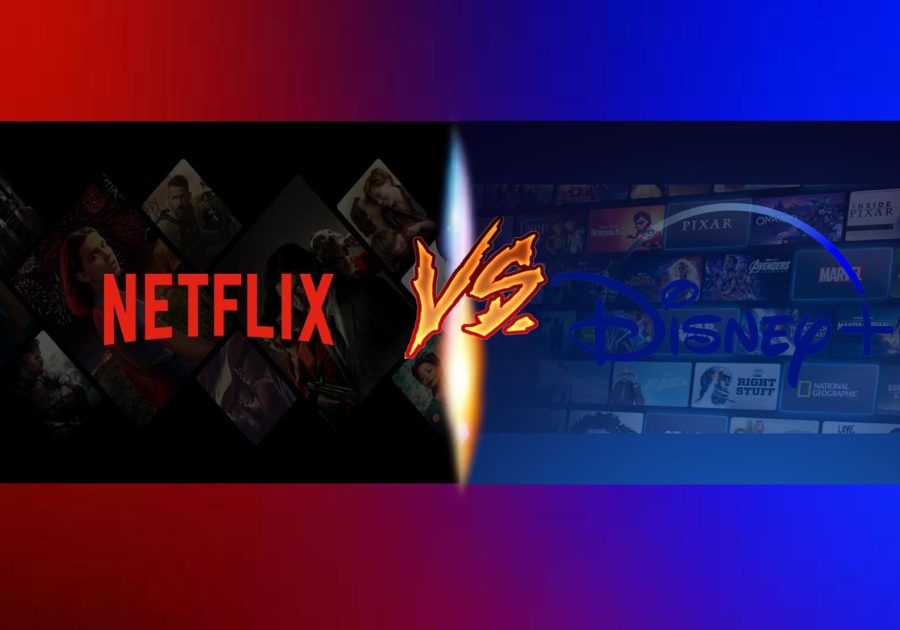 Point Counter-Point: Disney Plus vs. Netflix

The Plus Side of Disney Plus 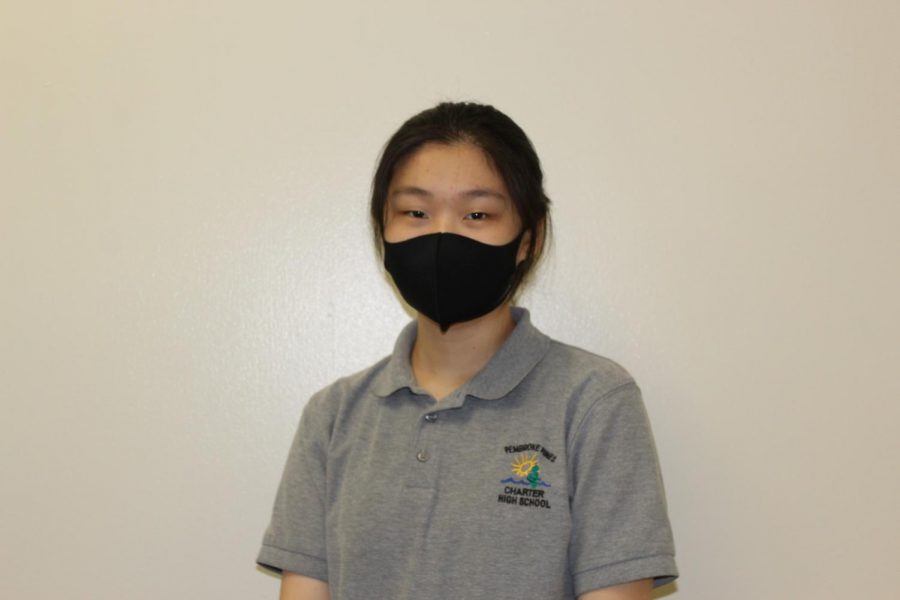 There’s only one place where you can find your favorite MCU superheroes, Disney princesses, and childhood favorites like Finding Nemo altogether, at the slightest press on a remote button or a phone screen. And it isn’t Orlando or in your dreams. Disney+ is the only streaming platform offering all of these perks, and so much more.

Thanks to Disney’s partnerships with Marvel, Star Wars, Pixar, and National Geographic, there’s something for everyone. Disney’s purchase of 20th Century Fox has also added to Disney+’s already-vast collection of movies and series.

National Geographic and Disney nature make sure nature fanatics and animal lovers are well-fed with top-notch content. There’s mountains upon mountains of beautifully-made, captivating nature documentaries and docu series. Disney nature documentaries like Elephant and Born in China, along with NatGeo docu series like America’s National Parks and Gordon Ramsay: Uncharted bring you face to face with manatees, pandas, snakes, and elephants.

To add, Disney+ original shows like Hawkeye, Loki, and WandaVision that make up the Marvel Cinematic Universe’s Phase 4 are all available to turn to after finishing all of the movies in the Infinity Saga, or if you’d simply like to make the transition from the big screen to the small screen. Even if you prefer movies over episodes, Disney+ ensures you won’t be missing out on Phase Four, by bringing the movie theater to you. The world’s biggest and newest cinematic releases, like Shang-Chi and the Legend of the Ten Rings and Black Widow could be streamed on Disney+ soon after their initial theater releases, obliterating the need to go to movie theaters. After all, who wouldn’t want to enjoy movies at home, with the unlimited free snacks and comfy couches? Junior Faith Munar believes that “…Disney+ is better because it has everything. It has movies of interest, rather than random movies, like Netflix does.” Unlike the superior Disney+, Netflix cannot bring the theater to at-home viewers; despite its collection of original movies, Netflix can’t be depended on for the newest cinematic releases.

Perhaps the best part of Disney+ is its nostalgia factor. As junior Katherine Omole expresses, “Disney+ is better because it has all the nostalgic movies from my childhood”. Similar to the Infinity Saga, the Princesses collection on Disney+ is an expansive collection of movies like Snow White and the live action Mulan, and even shows like Elena of Avalor. Beyond princess movies, for those seeking some 2000s and early 2010s nostalgia, childhood shows like Good Luck Charlie and Jessie can be found on Disney+.

Plus, Disney+ originals like Forky Asks a Question (Toy Story), Dug Days (Up), and Olaf Presents (Frozen) expand on the original movies by zooming in on one character, allowing audiences to enjoy their childhood favorites with a new twist: much like a spinoff. In combination with new animated favorites like Luca and Soul, these nostalgic movies and modern spin offs create a childhood-reminiscent viewing experience, exclusively found on Disney+.

To be fair, Netflix does have its share of unbeatable shows under its belt, like Stranger Things and You. But its unparalleled binge worthiness, nostalgia factor, and expansive and diverse entertainment library make Disney+ the unrefuted King of streaming. 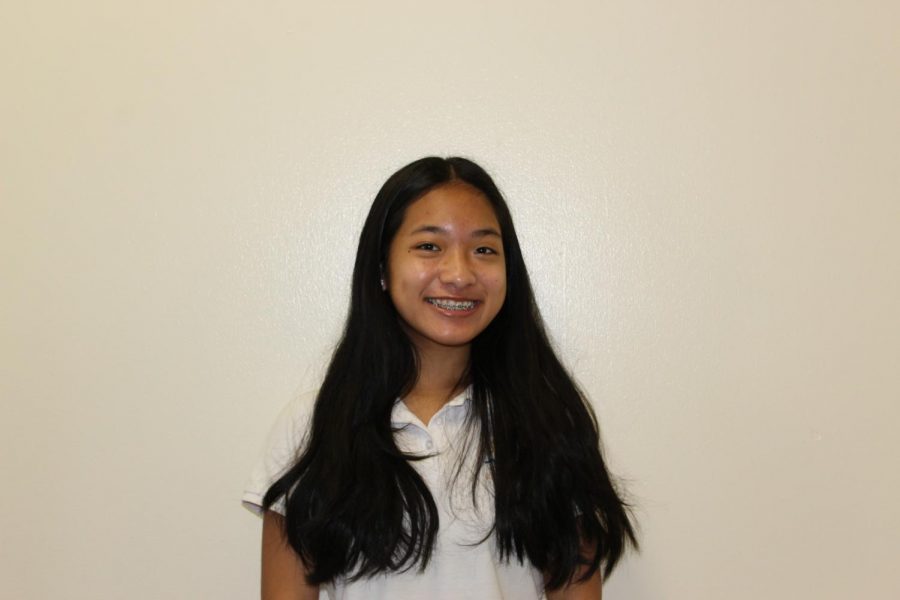 With a soft blanket in one hand and bags of snacks in the other, you settle down into the cushiony bed before your TV. Amidst the darkness, big bright red letters that spell “NETFLIX” light up the screen — a sight that always brings comfort. Sinking into coziness, the night ahead of you was already planned out to be hours full of binge watching the movies and shows added to your Netflix watch list, or one of the many other options available to you on the platform. What more could you possibly need? I mean, nothing can get better than this, and surely nothing can replace it.

Netflix has been the king of streaming for years now with competition coming and going, one of the major recent ones being Disney+. Of course, this is valid as the platform is the only way to access the famed Marvel movies, Disney classics, and original Disney series. But if you look at the two services side by side, you’ll just find that Disney+ is unsuccessfully trying to beat Netflix at their own game.

The best way to describe it is using the phrase “The more the merrier.” Netflix has a broader variety of programs when it comes to both foreign films and genres. You can be scrolling and scrolling through movies and shows for a while looking for what to watch, and while this may seem like a problem, it actually says a lot about the numerous possibilities you have — exactly like a kid in a candy store.

Junior Gianella Miranda knows this all too well as she is particularly fond of how inclusive Netflix is of international shows. “The fact that they have so many different shows from so many different places is the main reason I keep paying month after month,” she explains. “I was looking for a place to watch K-Dramas and luckily Netflix had a lot available.” Not only does the platform have K-Dramas, but there are also Chinese and Japanese dramas, Filipino programs, telenovelas like Jane the Virgin, anime like The Promised Neverland, Spanish shows like Money Heist (La Casa de Papel), and so much more. The fact is, Disney+ doesn’t have the same to offer.

But it doesn’t stop there. Netflix makes sure there’s something for everyone, including all ages. As sophomore Aakash Suresh perfectly puts it, “Netflix has original shows that relate to all viewers while Disney+ is more geared towards younger viewers.” Under Disney, shows are meant to be more kid-friendly and thus have a more innocent vibe to them. You can expect the real fun of action, horror, and comedy suitable for older ages on Netflix, and for us high schoolers, more relatable content. Still, Netflix is considerate enough to include a “Kids” profile feature in which there is an entire selection of movies and shows available for children, like Cocomelon, The Smurfs, iCarly, and others.

Of course, we can also thank Netflix for blessing us with their Netflix Originals, some of the most popular and loved being the fairly recent Squid Game, Stranger Things, You, Outer Banks, and Lucifer.

To be completely honest, if I had the opportunity to use both Netflix and Disney+, I would take it without hesitation. Especially with Disney’s own original series like WandaVision and High School Musical: The Musical: The Series, it’s difficult to make a decision between the two platforms. But let’s face the truth: while they’re both easily accessible and hold top-tier movies and shows, Netflix paved the way for all streaming services, and it continues to be the best.