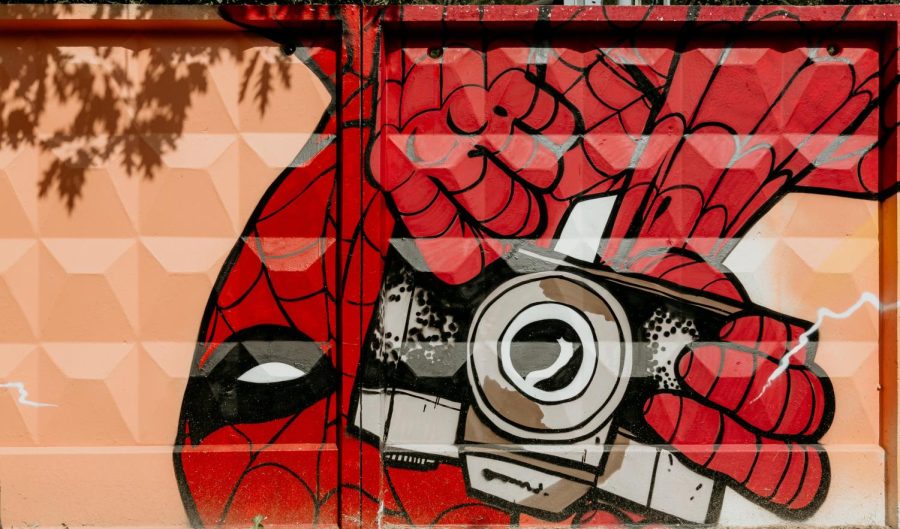 Disclaimer: The following article includes spoilers. You may not want to read further until after watching the film.

The fresh aroma of golden, buttery popcorn fills the atmosphere as eager fans are amongst the scene of 3D glasses and anticipation. Off in the distance is a poster of what the next two and a half hours behold. “Spider-Man: No Way Home In Theaters Now.” Ticket in hand, heartbeat thumping, the theater doors open to endless possibilities projected on the big screen.

Premiering in theaters on December 17, 2021 with Tom Holland, Zendaya, and many more starring in the film, No Way Home breaks records and leaves audiences’ jaws dropped. The filming that took place October 2020 through March 2021 proved to be worth it, with enthusiasm over a new Marvel movie intensifying now more than ever. The film holds the title as the second biggest opening in box office history, and it clearly didn’t disappoint viewers and critics alike; it was given a 94% Rotten Tomatoes score in addition to earning $1.37 Billion only a few weeks after its release. Two fans of the Marvel franchise and PPCHS sophomores, Riya Robin and Jennifer Thompson, rate the movie 9.5/10, expressing highly positive comments about the characters, plot and the film overall.

Ever since the first teaser was uploaded on YouTube in August, and it achieved the title of most viewed trailer in the first 24 hours, its success prevailed. Purchasing tickets was mayhem. Riya scrambled for seats, and she was “honestly shocked at how fast [they] filled up. Every single movie theater’s website stopped working the second it hit 12 a.m. on November 29th” which is when tickets initially became available for purchase. In the end, she somehow “managed to get tickets for opening day.”

When Peter Parker is faced with his identity being revealed to the entire world in the preceding movie, Far From Home, his life is flipped into disaster. Now, in a failed attempt to regain normalcy in his and his friends’ lives, he decides to make everyone forget who was beneath the Spidey mask. This plan goes south immediately after the spell is altered and the multiverse is opened…

Villains from the other Spiderman films were brought into the Marvel Cinematic Universe, along with Andrew Garfield and Tobey Maguire reprising their former roles as Spider-Man. They entered through a portal, and screams of exhilaration swept through theaters across the globe. The three Peter Parkers made numerous references to their past experiences as seen in the movies. The moment when “all three spider-men came up with a plan and went to go fight the villains together” was everything fans have been hoping for, Riya recalls one of her favorite scenes. Following the events of the climax as the plot comes to a close, Peter was left “all alone with no one knowing who he was,” and viewers such as Jennifer were in disbelief at such a tearful ending.

As any fanatic of the Marvel franchise would know, their movies are never truly over until after the post credit scenes roll out. This time around, two scenes took the screen with a Venom cameo which left Riya’s “mouth hanging wide open” in the mid credits. A thrilling and unexpected sneak peek made Jennifer more “excited for the second Doctor Strange movie,” making its theater debut this May.

Spider-Man: No Way Home is a movie suitable for viewers of all ages and interests. Heartfelt moments, comedy, action, plot twists and all kept this movie intriguing throughout its entirety and makes its mark as one of the best new movies in cinema.