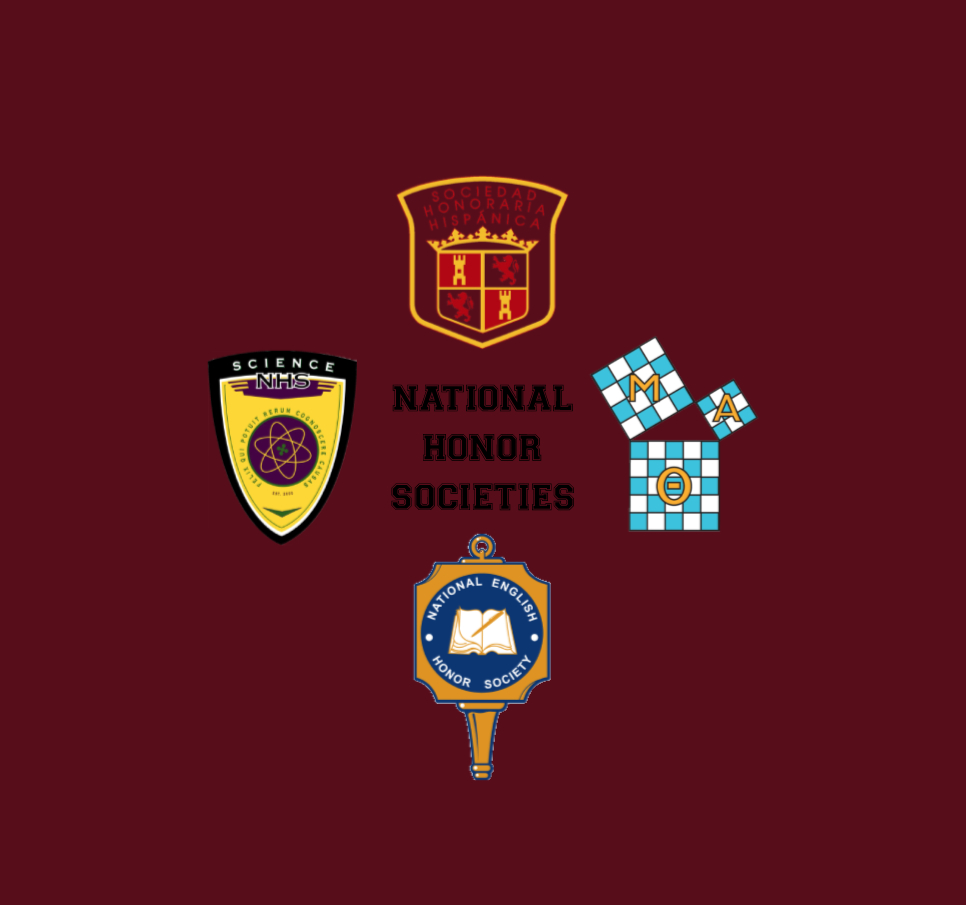 What are the Visions of Honor Society Clubs?

National English Honor Society, Mu Alpha Theta, Science National Honor Society, and Spanish Honor Society are four of the many honor society clubs here in Charter. A major contrast from last year compared to this year is the fact that clubs are now in person, but there are also times where they are virtual.

As with the many clubs here in Charter, these clubs have had their first meetings with the exception of the Science National Honor Society. So what does each club have planned for this school year?

The mission of NEHS is to promote literacy in the community. Co-president Samantha Lowe, shares, “Our focus has always been encouraging a love of literature within the student body.” The events members can look forward to are Poetry Out Loud, Recite Night, Poetry Slam, and various writing competitions. The literary journal, the atala, is open to both NEHS members and non members. Anyone can submit their work, as “there’s so much untapped talent at PPCHS that we are so excited to showcase them.” Due to COVID restrictions, the Kinder Reading program will be held online for now. Finally, the Debate Membership program will be held both in-person and online. Members will help coach the middle schoolers in both West and Academic Village campuses.

NEHS not only allows its members to grow their love for literature, it encourages them to  share any form of writing from poems, essays, art, etc., including their own original pieces. In addition to the various writing contests, there are certain scholarships that can be obtained.

Mu Alpha Theta, the math honor society club, has exciting events planned for this year. Bennett Pollack, this year’s MAT president, says that “Members can look forward to the Math Bowl, competitions with other schools like Everglades, and even Pie Day.” They offer tutoring twice a week, Mondays in-person and Wednesdays virtually on Zoom. Similar to last year, guest speakers will be invited to talk about different mathematical topics. As for fundraisers, the Crumbl fundraiser last year was successful, so they are planning on doing it again this year. Not only that, but in the spring, Pie Day will be the day where students can purchase pie slices to support the club.

A huge benefit of MAT is the rewarding feeling members get after they help the students that need tutoring. MAT also sparks certain jobs, such as engineering, finance, and data analysts.

The goal of the Science National Honor Society is to “help spread and promote science by supporting enthusiasm in the subject. We have many activities such as science days, science olympiad competitions, recycling, beach clean ups, waterway cleanups, community service opportunities and much more,” states Julian Villarta, this year’s club vice president. SNHS is planning to have tutoring sessions for the ACT science section, as many juniors and seniors are taking standardized tests. The annual science day will also take place, allowing members to share their love of science with elementary or middle school students. For their fundraiser, they will be selling water bottles. Students will benefit from these water bottles as the water fountains are closed and it will reduce the amount of plastic water bottles used daily.

SNHS is a great club to be a part of because it can spike a passion towards the medical and engineering fields.

The Spanish Honor Society is a club dedicated to spreading the Spanish language and culture while benefiting the community. This year’s Spanish Honor Society club president is Emily Martinez. Every year, they host Hispanic Heritage Week, which starts in the last week of September. Emily expresses, “We will be having a very special guest speaker who has worked with artists like Maluma and J Balvin, a fun DIY mask event, and a dance class hosted by the Latin Dance Team.” Future events include the Spanish Spelling Bee, which will occur in October, and the Jag Cup will take place in October. The club will start tutoring in the second quarter.

The Spanish Honor Society encourages people to have a more widespread knowledge of the different Hispanic cultures.