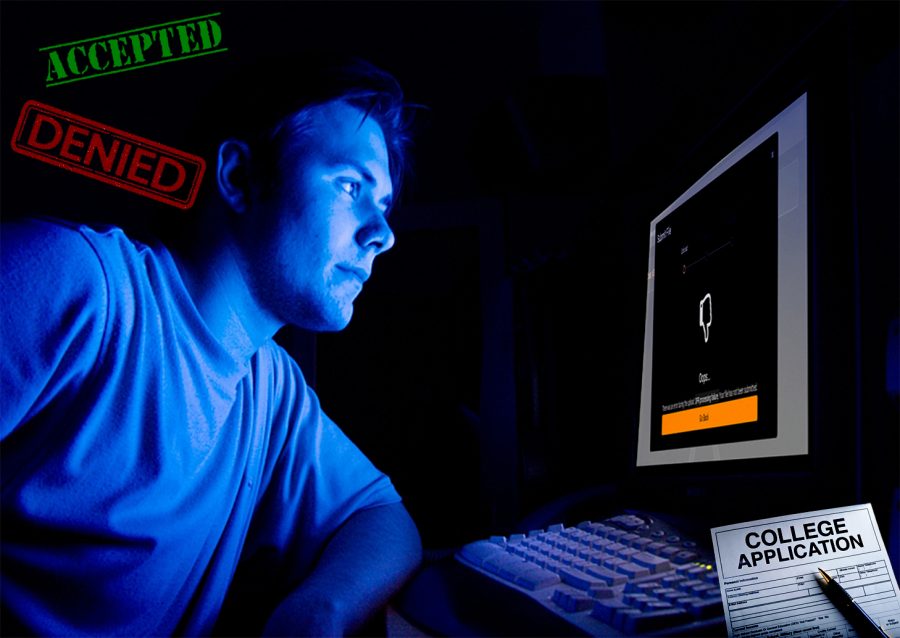 We’re coming out on the other side of the tunnel. That light that people have been alluding to, the one that’s just 12 years away, has been a guiding force through what many have called treacherous years. In other words, school’s almost out.

And we’re here, we did it, senior year is upon us, and it’s supposed to make it all worth it.

But, at the risk of sounding petty and selfish…

This is all we get?!

And maybe that is selfish and unimportant in the grand scheme of things. I mean, there’s a global pandemic that has taken the lives of thousands. Trust me I know, I spend a lot of my time thinking about that and wishing for a miracle.

But a part of me, and it’s probably the childish part of me, really wishes I could just be thinking about prom dresses, or grad bash, or just graduation in all its glory; instead, I’m a second semester student that hasn’t stepped foot in their school in almost a year.

To be honest, I struggled during high school. And this senior year benchmark was something I was really proud to hit. The idea of being celebrated and maybe even given a moment to breathe sounded really appealing. But this year just seemed to be tightening the restraints, not loosening them.

Some, like senior Alyssa Infante, are trying to look for the silver linings. “I’m feeling kinda sad about this year,” she said. “I’m sure a lot of seniors were looking forward to normal senior traditions like grad bash and senior sunrise and it’s really hard not being able to have those things but it just makes me all the more eager to go to college! Being home is super hard and not seeing my friends but it’s given me time to learn how to be on my own which I really appreciate!”

It’s a good way of thinking and a thought process I’ve tried to follow. But there are still days where I fall into the rabbit hole of self pity. The general consensus amongst my friend group is that we’re overwhelmed and upset.

“I think that online school is harder on everyone’s mental health because we don’t have that social interaction that we used to get at school since we’re stuck at home, and also the fact that we haven’t had a senior year at all and didn’t get to have senior sunrise etc is hard too,” expressed senior Natalee Escobar.

It’s not the fault of administration or teachers. I don’t think there’s anyone to blame. But it doesn’t change the fact that we’re tired. We’re stuck at home with little motivation and the stress of school work with college applications is immense. There seems to be little understanding between teachers, who simply want to do their job and maintain the attention of students who often overlook their hard work,  and students, who don’t want to do work because “Hey, we’re graduating in a couple of months, and it’s not like this really matters anymore!”

It’s not exactly a scientific thought process, but it’s the truth of the matter.

As seniors enter that final semester, and the last bits of hope for senior events slip away, maybe there needs to be a conversation between the schools and the students. What can we do to help each other. Because I think, even though I can only speak for one side, that we’re all frustrated.

Times are tough right now. People are worrying about their loved ones in a time where both a person’s health and financial stability are at risk. We’re smart kids and the weight of the world is pressed on our shoulders. I think beyond anything right now, all we want is for someone to say, you’re doing great, I’m sorry we’ve been so tough, but we’re proud.