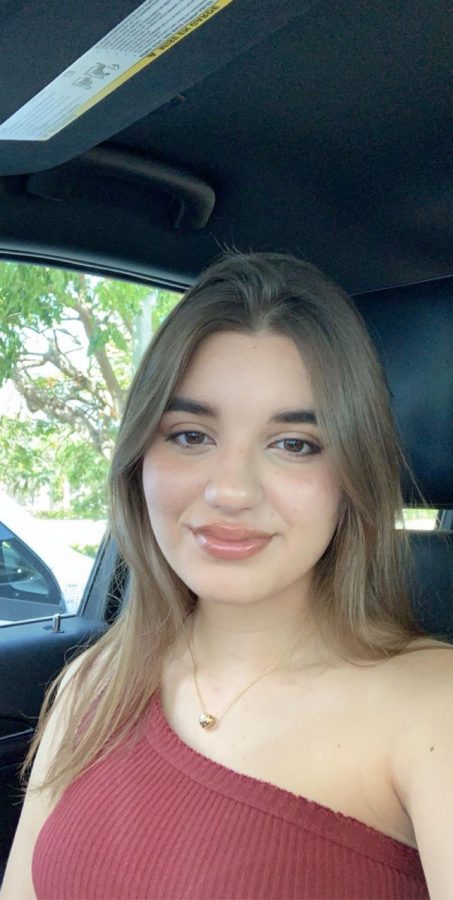 In middle school, Mariana Colicchio began to notice Pines Charter debate alumni getting admitted to Yale and doing amazing things with their lives. To her, it was symbolic of not only achievement but pursuing community, and since then, she set her sights on getting into Yale.

As time progressed, Mariana ended up visiting Yale on multiple occasions for debate tournaments or simply visiting family nearby, and in comparison to all the other schools she visited, Yale was by far the warmest and had cultivated the best community, further sparking her interest.

While Yale was Mariana’s dream, she also had a backup plan. If she had gotten deferred or rejected by Yale, she planned to apply to Georgetown, UChicago, Duke, Stanford, Harvard, Columbia, Princeton, Dartmouth, UPenn, Brown, Cornell and UMiami. If Mariana didn’t get into any of these reach schools, she would have enjoyed UF due to its stellar law programs.

Eager to get into Yale, Mariana got a head start. During her freshman and sophomore year, she began researching what specific extracurricular activities, scores, and personality traits were important for the typical admissions process.

Because Mariana doesn’t consider herself talented at math, she focused solely on humanities and what she’s good at. Her resume is based on her political and debate interests but also has a powerful variety of skills and achievements. Additionally, Mariana worked to highlight her academic strengths, especially her writing ability. In terms of test scores, she knew that her credentials would convey that she was intelligent and capable of being an asset to Yale.

She tried her best to exhibit her personality within the supplemental material to demonstrate that she would add vibrancy to the Yale community. Some of these supplements were comedic, while others took a more wholesome and serious approach. Mariana attempted to express depth and really communicate her personality to the admission officers. Some topics she included were Twilight (the movie), Megan Thee Stallion, Broward SoundCloud rappers, alligators, Mcdonalds, Cannibalism, Venezuela, and Silicon Valley. This type of diversity appears to have proven beneficial for Mariana.

The road to success isn’t always easy. Sometimes life throws curveballs and unexpected challenges at you. In 2020, COVID was a major challenge for everyone. People got laid off, businesses were closing, and students were forced to do virtual learning. For Mariana, COVID equally harmed and helped her application process.

On one hand, Yale’s admission statistics were the lowest in over 10 years due to COVID. Furthermore, with the test optional policy and Princeton not having an early application cycle, the competition was notably harder. Over 50% of applicants were deferred.

Due to the coronavirus and debate and traveling commitments, she only had the opportunity to take the ACT once. She didn’t consider her ACT score to be the best and saw it as the only real weakness. She wasn’t able to devote much time to studying because she was working 20 hours a week, working on a Supervisor of Elections campaign 18 hours a week, and taking care of her younger cousins.

Despite all this, schools were more understanding this year, so Mariana decided to submit her scores. She had earned a 32 and 35’s in the relevant sections to her application. Mariana presumed that Yale’s Admission Office would grant leeway and understand that STEM wasn’t one of her strong suits, which they did. If this was a normal admissions year, Mariana presumes her application would have been the same or slightly better because she would have likely had more time to study.

Despite everything, Mariana came out on top. She got accepted into Yale on December 16th in the early action round. Mariana plans to pursue a double major in both History and Philosophy, but that’s subject to change. During her undergraduate studies, she plans to obtain either the Rhodes or Marshall scholarship. After that, she’ll pursue her Masters abroad, which will open the door to law school. Mariana ultimately wants to pursue a career in public service, specifically public office or the justice system. In the midst of such a challenging year, it’s rewarding to see that Mariana was able to accomplish her goal.