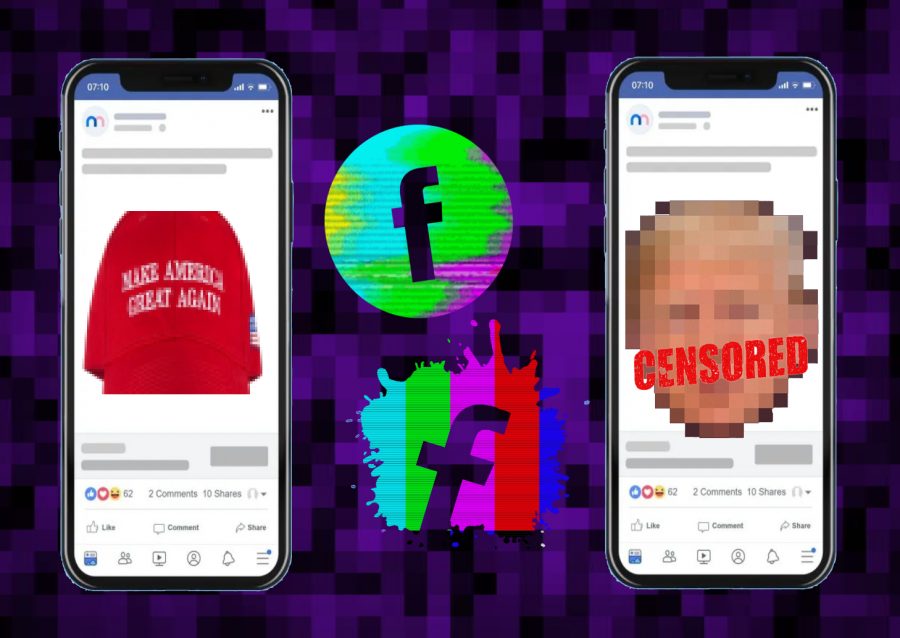 For as long as anyone can remember, politics has always been a topic of debate, and with the introduction of social media, things have started to get a little more heated. People could now take their opinions and post them on multiple social media platforms for the whole world to see. By doing this, they are also leaving their opinions in the hands of whoever created the platform they are posting on, which, depending on which side of the political spectrum you are on can mean two different things. Facebook has been subject to accusations, with hundreds of conservatives claiming that their opinions are being censored.

Is this true or is it just a big misunderstanding? Junior Carolina Calonge says, “Many of the older generations using Facebook are usually known to be more conservative. In terms of censorship, I believe that Facebook has done something. They deleted many accounts that were robots, but the conservative post their beliefs and they have that same right as any other person. It’s not a matter of censoring conservative posts but where to draw the line between harmful speech or just expressing beliefs.”

Sen. Roger Wicker announced on Thursday that the Commerce Committee was issuing subpoenas to force Facebook CEO Mark Zuckerberg and other tech industry leaders to testify. Many Republicans believe that tech platforms like Facebook disproportionately suppress and censor conservative views online. When top tech bosses were summoned to Capitol Hill in July for a hearing on the industry’s immense power, Republican congressman Jim Jordan made an even more blunt accusation by saying, “I’ll just cut to the chase, Big Tech is out to get conservatives… that’s not a hunch. That’s not a suspicion. That’s a fact.” But the facts to support that claim are hard to find. NPR called up half a dozen technology experts, including data scientists who have special access to Facebook’s internal metrics. The consensus: there is no statistical evidence to support the argument that Facebook does not give conservatives and their views an even chance.

When asked how he feels about there being no statistical evidence confirming the censorship of conservatives on Facebook, sophomore Javian Sandino expresses, “I’m glad that people are getting their voices heard; Facebook should continue to let people express their opinions no matter what party they belong to. The only time something should be censored is if the opinion is harmful or disrespectful to others, so the fact that there is no statistical evidence to prove that Facebook is censoring conservatives brings me somewhat joy.”

It’s no surprise that an older social media platform such as Facebook can be more focused on conservative views since most of the people who use it belong to older generations. The facts are always changing, and there may be more statistical tests performed in regards to the probability of Facebook actually censoring conservative posts. However, it is important to know the difference between hate speech and harmless beliefs.