The World’s New Addiction on the Brink of Being Banned 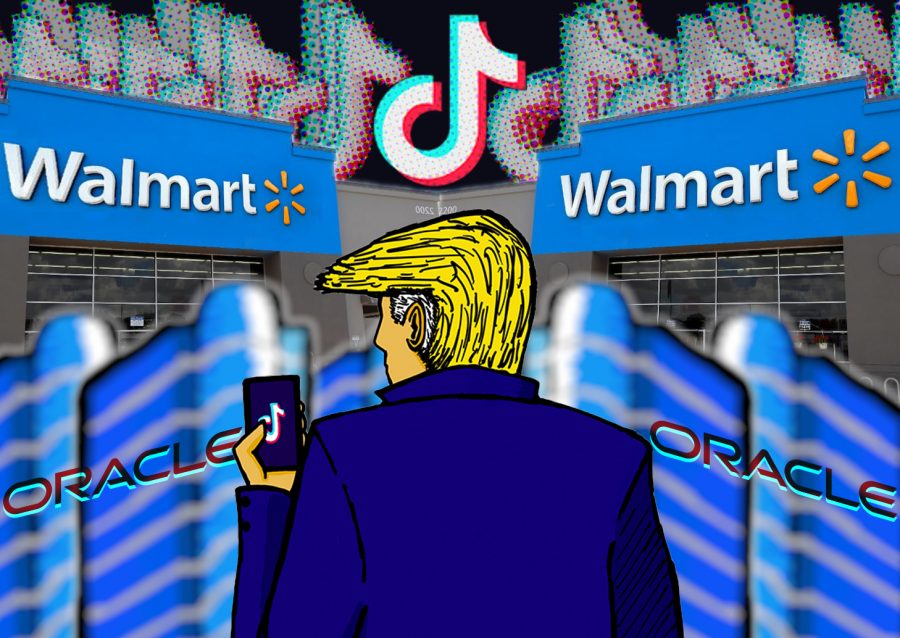 Tik Tok: the app where millions of viewers get to see new dances, fashion trends, cooking, and funny memes. It’s where many teenagers got their big breaks and, as a result, were later able to be seen along with long time celebrities, make appearances in shows, and even be featured in major fashion shows. Tik Tok was a place many people went to to unwind and have a few laughs. However, now it has caused a political frenzy and was even at risk of being shut down.

For a few weeks now, President Donald Trump has made many attempts to completely shut down and ban Tik Tok in America. He publicly expressed his worry that the Chinese owned app was releasing American users’ data to the Chinese government. But, Trump did allow for a different road to be taken and for an American company to buy Tik Tok. The “saviors” of Tik Tok ended up becoming Oracle and Walmart, both American owned companies.

Under Oracle and Walmart, a new US-based company would be formed called TikTok Global. TikTok Global would provide the app to users worldwide and be based in Texas. The new company would also create 25,000 jobs. Lyndon Ochoa, a sophmore, explains, “I think it’s great they’re saving Tik Tok and making jobs. I honestly can’t remember what I used to do before it.” It would primarily be owned by American investors, with four of five board seats held by Americans. The final seat would be held by ByteDance, TikTok’s China based parent company. However, ByteDance is the company that has been under heavy fire by the Trump administration.

Trump had expressed his concerns that ByteDance was the company that was relaying US users’ information to the Chinese government. His administration began calling for the company to divest its US operations by November 12, or risk the ban (Los Angeles Times). ByteDance has since denied these claims and explained that all US user data is stored in Virginia and backed up in Singapore. When Oracle and Walmart came into play and said they’d take a majority of the control, Trump pushed back the executive order to remove Tik Tok from US app stores until September 27. President Trump wanted to make sure all deals were final, but he did give Oracle and Walmart his approval for their framework of the deal.

It’s been claimed that the deal would leave Oracle with only a 12.5% ownership stake, and Walmart with 7.5%. According to the Wall Street Journal, ByteDance would retain 80% of the ownership; however, US investors own about 40% of the company, so the majority would still be American owned. The numbers vary, so there’s no exact percentages of which company owns what. The deal is still subject to be approved by the Committee on Foreign Investment in the United States, as well as the Chinese government.

Although the exact financial situation of TikTok Global has yet to be announced, any deal will result in a direct payment to the US Treasury. Through the deal, a new educational initiative to teach children through online videos will also be launched. Cayla Mortman, a junior, states,”I really don’t understand the point of the education initiative. I don’t understand how it’d help.” This payment will be filled by US tax payments that will total that exact amount. The exact reasoning behind the push for an education fund is to educate Americans on the true history of America, according to Trump. The push, however, was very last minute so it’s uncertain whether it’ll go into effect (Los Ángeles Times).

The exact deal for TikTok still isn’t set in stone, but it is certain Oracle and Walmart have major plans. The plans are, however, still subject to change and are pending approval from multiple levels. TikTok users will continue to use it till the very last second, and stay on top of any new rumors or updates. So, can Oracle and Walmart really save TikTok, or is it a plan set for disaster?