The Orange Fire Skies of the West Coast 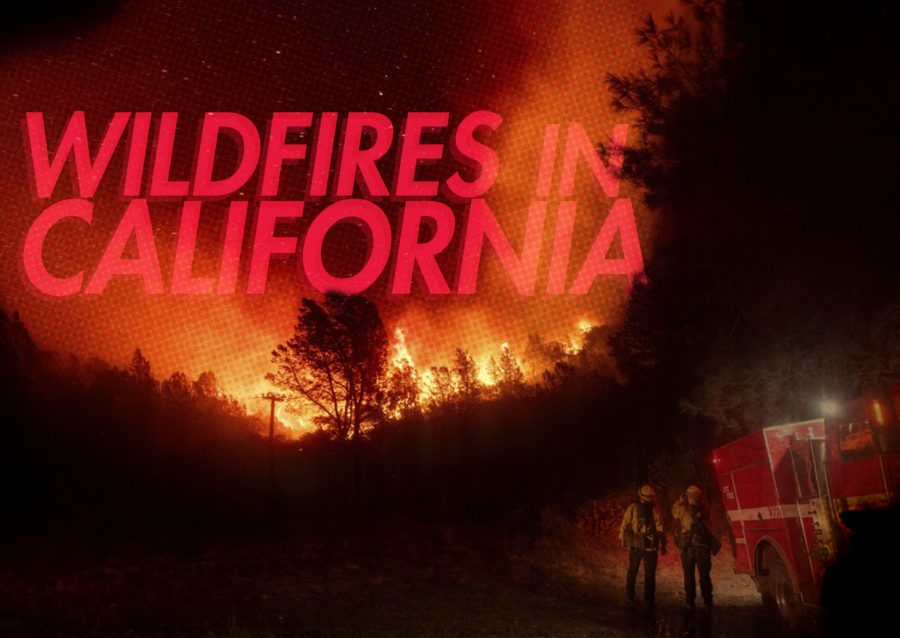 Citizens of the west coast woke up to skies the color of orange and red and looked at their towns as an apocalyptic nightmare. Trees were scorched down to ashes, buildings and homes were left to only a pile of materials, the driveways and roads were blackened, and the landscapes they once knew were left unrecognizable.

Wildfires have been ravaging the communities of the west coast, but recently a gender reveal sparked a massive forest fire in the San Bernardino National Forest in California. The family involved in the gender reveal party is currently undergoing investigation and may face possible charges for igniting the land and arson (CNN). Cayla Mortman, a junior, explained, “I live in Florida and I know not to light fireworks or anything in California around the grass. I feel the family who chose to do the gender reveal with that device was selfish, there are so many other ways to do a gender reveal safely.” As of right now the fires have burned thousands of acres and have no signs of stopping. Only 7% has been able to be controlled, but this number continues to decrease as the fires cover more land.

The gender reveal isn’t the only reason for the wildfires to have started, as the fires initially began on August 22nd in California. Since then, the major fires have continued to grow in power and destruction across the West coast. The combination of little rain, strong winds, and high temperatures served as the perfect fuel for the flames. As of Sunday, September 13, 33 people have been killed by the fire and dozens more are missing (CNN). Over 4.6 million acres have been burned and have spread across multiple states: California, Washington, Oregon, Idaho. Many other west coast states have had blazes emerge, such as Alaska, Arizona, Colorado, Nevada, New Mexico, Utah, and Wyoming, but their fires haven’t been as severe.

The smoke released from the wildfires causes air quality to become unhealthy. This unhealthy air can cause irritation and inflammation in the lungs and weaken the immune system. These factors make it more likely for someone to contract lung infections, especially today in 2020 with the coronavirus. Many businesses have opened “clean air centers” for families or individuals that have lost their homes due to the fires or need somewhere to stay safe from the dangerous air, COVID-19, and the fires (BCC).

The National Interagency Fire Center explained there are more than 30,000 firefighters and support personnel helping across the country to control the fires. Elisa Ortuzar, a freshman, stated, “All my prayers go out to the men and women fighting the fires in the West coast. It’s terrible these things happen so suddenly and they’re almost impossible to control.” The California firefighters hope the improving weather conditions may boost their efforts to control the flames and the incoming winter showers will help as well (CNN).

It’s uncertain what the fires have in-store or what the future of these states will look like, but the firefighters and support personnel have proven to keep risking their lives until it’s safe for everyone once again. Many families’ lives will forever be changed and it’s important at this time to help in whatever ways possible and learn from the past.