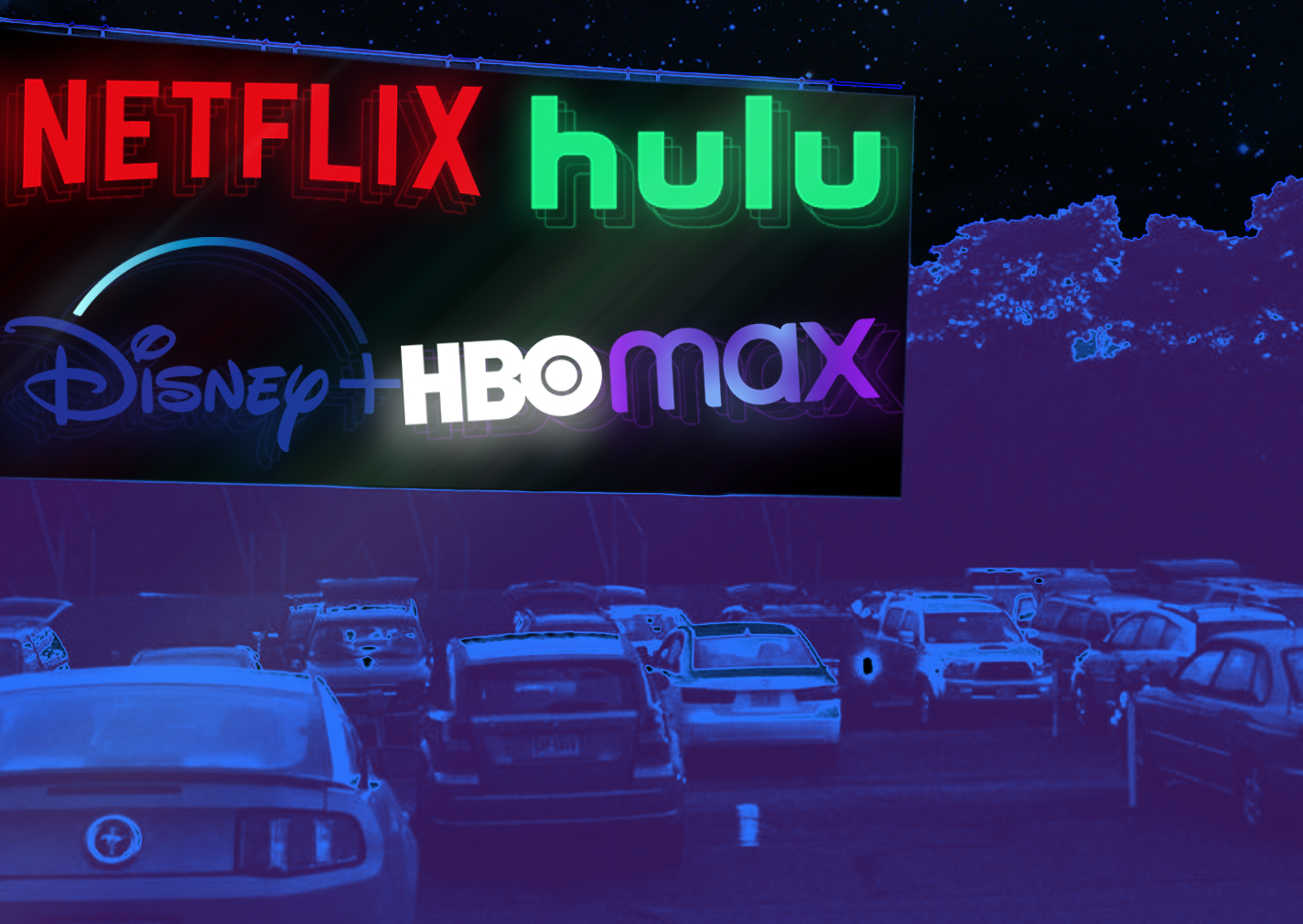 Out with Going Out, In with Staying In

The aroma of buttered popcorn breezing through the air, the occasional shrieks of fear or laughter, and the constant flow of people coming in and out the door was the typical and now missed scene for many people’s go-to-place: the movie theater

Theater closures became inevitable due to COVID-19 and moviegoers have had to find alternative options. Popular companies like Netflix, Hulu, and Disney+ expanded their selection of movies, releasing more films for everyone to enjoy in the comfort of their own homes. Drive-in movie theaters also became major hot spots as it offered a way to go out and watch movies from a safe distance.

In the past month and currently, Disney+ released both old and new movies: Beauty and the Beast (2017), The Greatest Showman, The One And Only Ivan, Ant-Man and the Wasp, and the popular musical Hamilton. According to Kara Warren, a Freshman, “The Black is King visual album was really good; I enjoyed it because the Lion King soundtrack was amazing. Beyoncé put so much time and effort into each scene.” Netflix too issued both old and new movies. They put out The Karate Kid series, The Lorax, The Notebook, and The Kissing Booth 2.

The long-awaited live-action of Mulan will soon appear on Disney+. Movie theater owners like Gerald Lemoine felt dismayed because the movie’s release date was postponed 3 times: “‘By losing Mulan, we lost the possibility of offering our audiences a long-awaited film that would have helped us after these past hard weeks’” (CBR.com) It has been announced that the release date is on September 4, 2020. Mulan will be accessible on Disney+ through the Premier Access. Sophomore Alicia Dacosta shares, “I would pay for it because it seems like a good movie, but I feel like $30 is a bit much.” when asked if she would pay for the $30 fee.

Recently, Netflix Party, Hulu Watch Party, and Scener have been rising in popularity because they allow for friends to watch movies together, even if they’re miles apart. The film of their choice is synchronized, enabling them to watch at the same time. “Netflix Party was amazing to use. I was able to watch so many movies and shows with my friends and it helped a lot when it got boring during the quarantine,” stated Alejandro Noguera, a Junior.  Scener is lesser-known, but it has a greater advantage; people can see each other face to face, like FaceTime. Viewers can choose between different providers to watch from Netflix, Hulu, Disney+, HBO Max, and Prime Video.

Drive-in movie theaters gained popularity as well. Senior Ivanna Milian said, “Drive-in movie theaters are such a great idea because it can be for anyone. It is a great way to get your mind off of what’s happening; staying inside can be detrimental to your mental health.” Here in South Florida, the Hard Rock Stadium came out with a drive-in movie theater inside the stadium. It started on June 19th and ended on August 2nd. Drive-ins inside the stadium are now over, but the open-air theater is still open to the public. Tickets may be purchased online; the prices range between $12-$19 each. Guests are required to have masks on when for instance going to the bathroom or any other times they may leave their paid spot.

There are mixed feelings from everyone. Being able to go to a movie theater, smelling the buttered popcorn, getting drinks and snacks, and reacting with the rest of the audience won’t happen anytime soon. However, those popular companies mentioned are providing everyone entertainment options. Until it’s safe to go out and about, it’s best to stay home, pop some popcorn in the microwave, and have a movie night with the family.