From State Champs to Island Boys 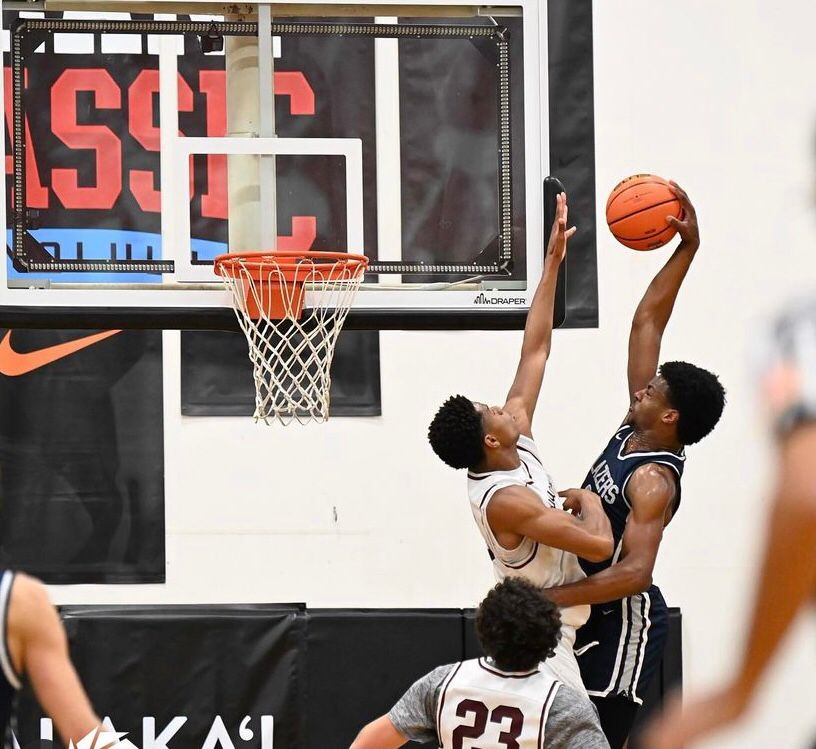 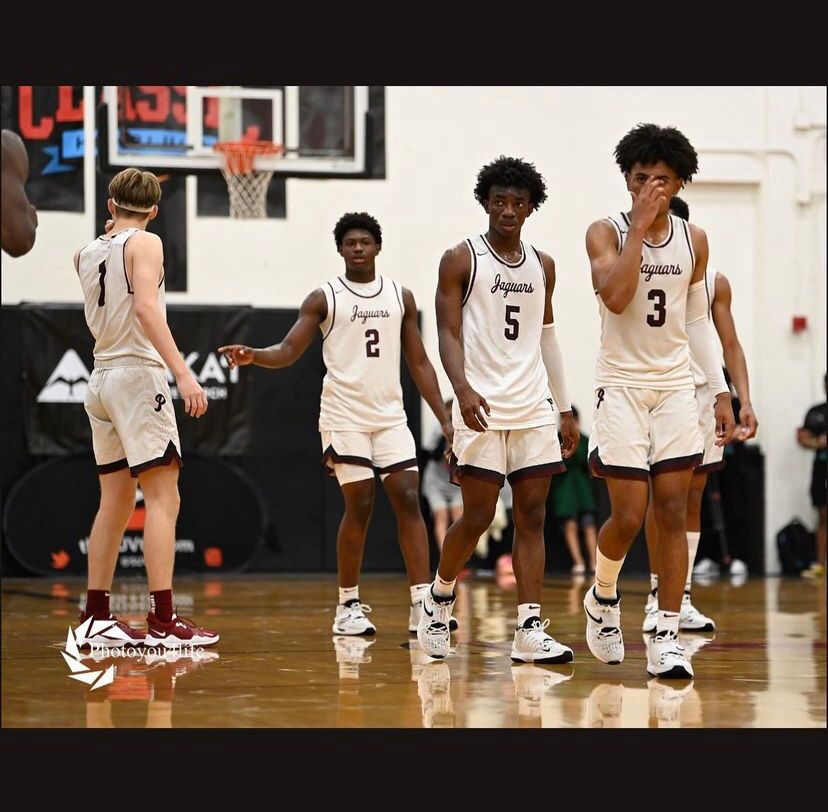 LeBron (Bronny) James Jr is driving to the basket right towards the star forward for Pines Charter, Elijah Wyche, and he’s looking for the dunk over Elijah. They both go up… and the aftermath is nothing short of unexpected. Elijah denies him and gives him the stare down while he’s on the floor.

The forward gave his take on the big play stating: “ I have come to a point where I don’t look at rankings or any big named players. I see all my opponents the same, whether you have the fame or not. My blocking ability is something I have confidence in, so any chance I get in the game, I will try to make a play”.

The Pines Charter varsity basketball team played in their much anticipated tournament, Iolani Classic, in Honolulu, Hawaii. This four day tournament had competitive teams from all over the U.S. including California, Hawaii, Florida, Virginia, and more. The team started their journey against Kailua High School. Pines Charter blew out Kailua by a score of 88-33. Caelum Ethridge, Senior, led the team in points with 18 while the rest of the team contributed to the total 88 points.

After their first win, the team entered the quarterfinals and faced off against Central Catholic from Oregon. The Jags had full control over the game and had a comfortable win of 75-50. SJU commit Kolby King had a dominant game leading the team in points with 25.

Along with their second win in a row, the team entered the semi-finals of the tournament. Their opponent was none other than the number four team in the nation, Sierra Canyon. This star studded team had players such as Lebron James Jr, Kijani Wright, and many more.

This highly anticipated game was a big showdown from the start of the game to the final whistle. Sierra Canyon led Pines Charter at halftime with a score of 21-17; however, Pines Charter did not let up. Both teams showed their talent and passion for trying to reach the final of this tournament. Pines Charter took the lead at the end of the third quarter with a score of 34-32. In the fourth quarter, both teams took turns taking the lead, but Sierra Canyon ended up booking their ticket to the final with a win of 51-48.

Starting point guard, Geoff Sprouse, expressed his team’s performance at the tournament stating, “Our performance throughout the tournament was the best we played all season and it showed us how good we are playing against some of the top teams in the country. Even though we came up short, it definitely showed other people around the country that we are a team to look out for.”

As the season rolls on for the Jaguars, the goal is still the same in the eyes of many. With the tournament already behind them, Pines Charter is headed on a one way path to their mission: Another state championship.