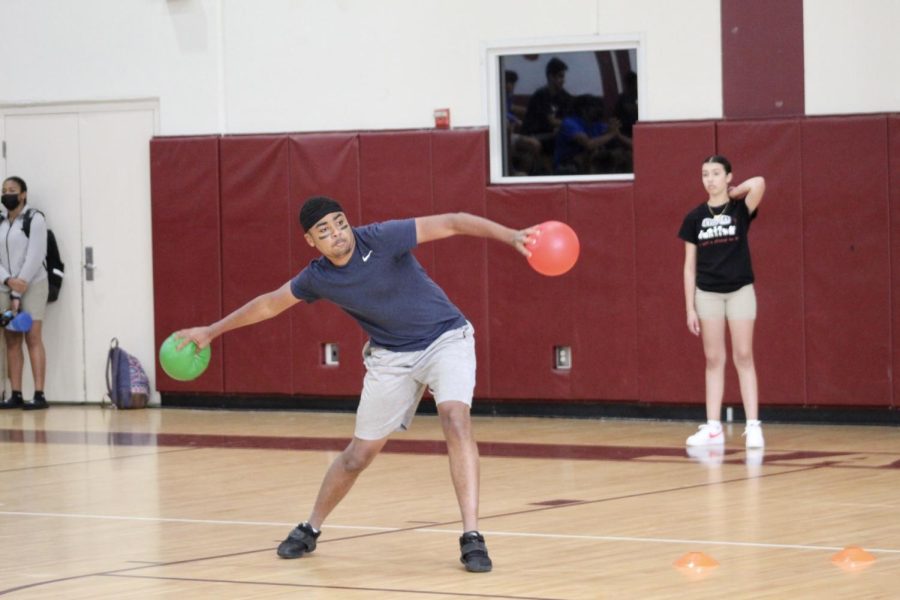 Competitive cheer filled the air with five minutes on the clock. SGA hosted the Snow Bowl after school on January 6th. Eight teams of five competed against each other. The list of teams are as follows: The Wiggles, Diversity, J.A.C.K.K.Y Chan, Hollywood Heroes, Josh and Friends, PPCHS Dodge Ball Team, The Charter Lovers (SGA team since the original team was unable to attend), and Pines.

Things started to get more intense during the third round. The Wiggles went against the Hollywood Heroes, and the PPCHS Dodgeball Team went against Pines. One by one, the Pines team was able to eliminate players off of the PPCHS Dodge Ball Team. The last player remaining on the team was junior Shane Wooden. He tried to catch a ball so that one person in his team could come back in, but he wasn’t able to. He says, “Being the last one in for my team was really exciting, but also really nerve-racking. I tried catching a ball to get back someone on my team before time ran out, but didn’t end up doing it or winning against the 1 v 3. The event as a whole was fun and I hope SGA does it again next year.”. The PPCHS Dodgeball Team lost, which left the Pines team to move on to the final round. The Wiggles team successfully defeated the Hollywood Heroes, bringing them to the final round.

Junior audience member Connor Pierce expresses, “The dodgeball tournament was very entertaining. All of the players had amazing energy and tried their hardest. Unfortunately the team I was rooting for didn’t win, but that didn’t take away from how fun it was to watch.”