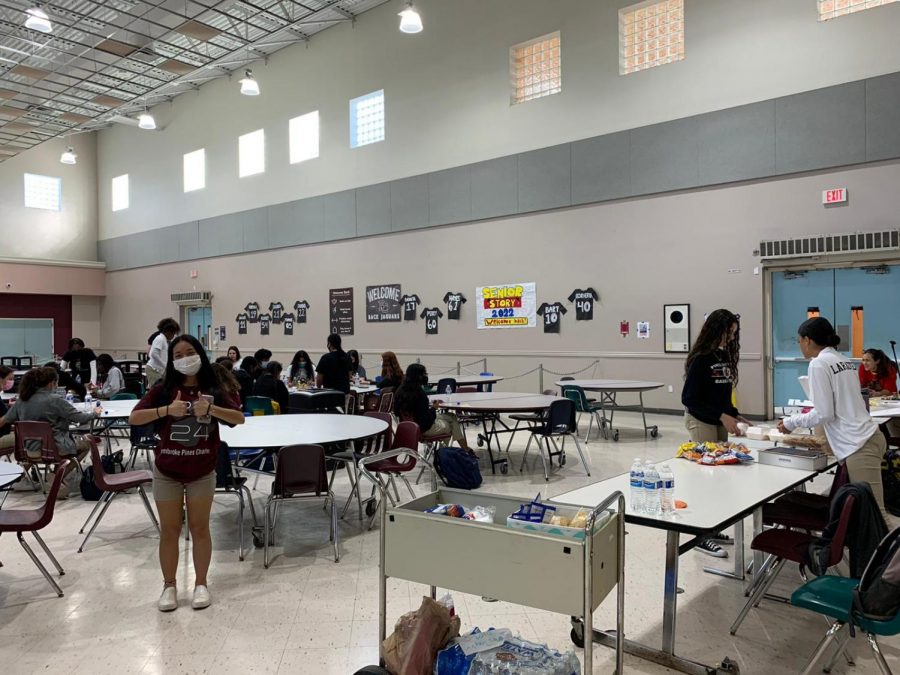 “O 67, O 67.” The next ball was rolled and called out. Players who had this on their card, or cards, firmly pressed on it with their bright-colored markers. The tension in the room spikes, as everybody is waiting for somebody to scream the magic word signaling that player’s victory, as well as everyone else’s defeat. The silence becomes too loud, showing that nobody has appeared to win. On to the next ball. “B 4, B 4.” The longest four seconds pass before the dreaded five-letter word echoes throughout the cafeteria. “BINGO!… BINGO!…Bingo!…bingo!” Students applaud the winner as the Class of ‘23’s most recent fundraiser continues to prove successful.

This past week, this year’s junior class rolled out with yet another fundraiser, giving their class another creative way to support. This time, they decided to hold a “Bingo Bash,” allowing students to play rounds of a classic game with their friends while enjoying various snacks. This wouldn’t be complete without prizes, of course. Participants were given extra credit from some of their teachers while winners were given a bonus prize, such as a handbag or gift card.

Just like their other fundraisers, the main goal of this was to raise money for the class, which is primarily for their senior prom that will be held next year. That being said, the more money raised, the better prom they can have.

The student council was very happy with the surprising outcome of the event and the excitement in the players’ faces. Class SGA Senator Brianna Correa talked about her thoughts, stating that it “had a larger turnout than we expected.” She continued by saying, “We look forward to hosting another bingo bash soon!” Class Treasurer Laisha Laracuente shared her own enjoyment from the event. “ My favorite part was seeing everyone continue to keep buying bingo cards after each round,” she said, “Their desire to win was very intense and competitive.”

With a smoothly-run event and loads of fundraisers incoming in 2022, the Class of 2023 is looking en route to a grade A senior prom.