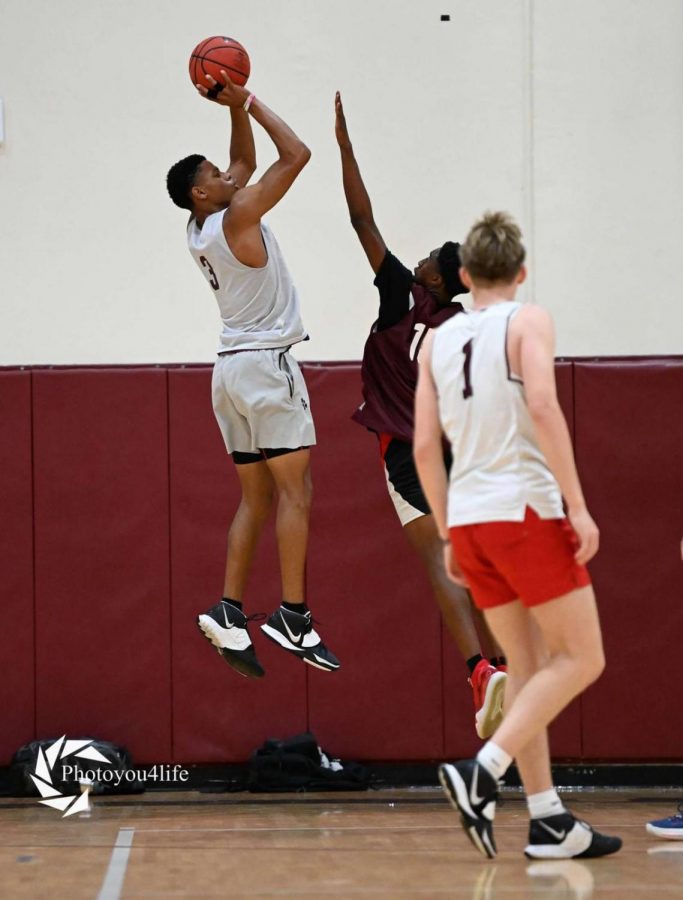 Boys Varsity Basketball: Back to Back?

Coaching Their Way to Victory

Dedication, commitment, and hard work: the three proverbs to Charter basketball. As the 2021-22 season nears, PPCHS’ boys varsity basketball team has been in loo of this date for months following their successful season last year. But, with success comes the drive to outdo the past, and to that this team is gearing up for that and more.

With an 11 man roster, this team is loaded with experience and skill sets, which is definitely something opponents should be weary of. Unexpedly, Charter became the target for local teams given the accomplishments made recently; therefore, the coaching staff is preparing their players early to beat the pressure and earn the title they so desperately desire. With a strong support staff to a loaded team, the recipe for success is sweeter than one may think. Charter currently has 6 coaches in total, 5 of them assistants to head coach Dave Roca. Each coach takes a familiar approach to the game as they collaborate on perfecting the team’s structure on and off the court. As the team has described the coaching staff includes: Coach Paul, Diaz, Kelvin, Opalka, Trueblood, Ant, and Roca. Each player spoke very candidly about each of them, especially Coach Paul. Having the history with the players as their former head coach (via. 2020-21 season), Coach Paul has the reputation of being brutally honest with his players. As PPCHS’ star player Eli has quoted, “Coach Paul does not sugar coat anything that he says.” Many players have listed Coach Paul as having personal impacts on them individually, but as a team Coach Roca has been said to be very involved and hands-on. Interestingly, the glue to the team is bestowed upon Coach Diaz and Roca as they brought on the youngest coaches, Kelvin and Ant. “It is [the responsibility of the young coaches such as ourselves [Kelvin and Ant] to relay the information to the players in a way that is easier for them to understand and digest,” Kelvin explained in an interview. Coaching for PPCHS is very special as each coach works hard to not only connect, but also build a relationship with each player as “it’s more than basketball; we are building lifelong relationships,” Coach Ant quotes.

In preparation for the season the coaching staff is setting the foundational stage promptly in more ways than one. In creating a healthy, collective basketball culture fit to last the season and beyond, the team is learning to anticipate other teams’ strategies and catch them beforehand. In doing so, practices become repetitive with footwork and schemes constantly being tested, building muscle memory. In fact, Coach Opalkawas teaching the team during practice a scenario of what the college basketball environment entails, stressing the representation of each other and themselves. In reminding them to always be weary of their reactions, actions, and attitude as they will always be under the spotlight in and outside of the gym, the coaches have put great emphasis on the mentality they are building for this season – and it’s more than just serious business.

Beyond the adults in the room, the liberty is on the players for a lot of the team’s responsibilities – which is done on purpose. Coach Paul states, “We like to give freedom to the kids; let them own the team; we as coaches are here to guide them.” In essence this methodology teaches the players to have a sense of responsibility and liability for the team’s success and setbacks. However, the bigger impact is simulating each member of the team as being a leader. Leadership on a veteran team is important and to earn that respect it comes from their peers and the coaching staff, so for everyone to feel like they are one of the stars is a commendable factor to respect.

In terms of the team’s basketball makeup, their style of play is going to shake up the league to a certain extent. Thus far, they are correcting their defensive stops and approaches as their offensive game is loaded with shooters at every corner. Interestingly, the team favors a defensive approach to start off the season as opposed to the current offensive trend; this frame of mind is all thanks to Coach Paul who casually said a powerful note: “What separates the good and the great teams is their ability to defend and their [subsequent] game play.” To get the players on an elite level each of the coaches stand along the three point line and observe the players and their form in game. Most of their practices leave the players hauling themselves up and down full court to simulate a real life scenario of an actual game, which Eli and others love. Currently they are building their schemes that fit everyone’s skillset, accentuating the potential of each man on that roster. For sure, much is expected of this veteran team but their early season surprises will surely quench the audience’s thirst to see their team succeed BACK TO BACK!