Let there be CARNAGE! 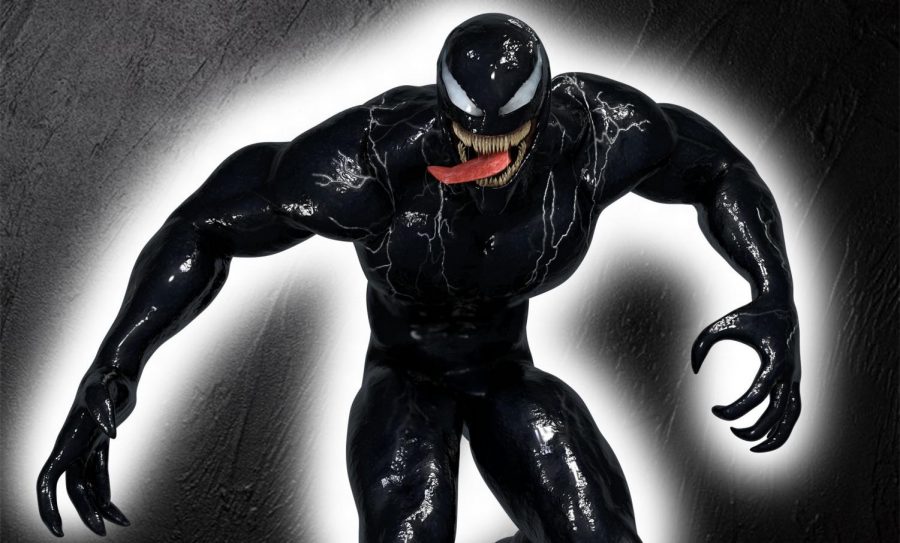 On a beaming Sunday afternoon, Marvel fans, families, and youngsters flooded into their neighborhood theaters to watch a sequel that will shake their geeky perspectives to the core.

In one of the “hot spots” of Pembroke Pines, AMC, Charter students nervously awaited around the lobby watching as passerbys acquired their drinks and snacks and directions to their theater. With the overpowering scent of authentic movie popcorn paired with a chilled ICEE a movie patron is destined to be welcomed to a familiar setting.

With freshly cleaned carpets and a theater full of people, the lights began to dim and the speakers – locked and loaded to explode with bass – awakened the excitement in the crowd. In purchasing the “business class” version of AMC, Dolby Cinema, the visuals couldn’t have been more clear and crisp. But the best was saved first as the previews entertained and quenched a movie watcher’s thirst, as previews of Dune, Eternals, and Ghostbusters: Afterlife were displayed. “For many, including myself, the previews are held at a greater standard,” states sophomore Isabella Chavez.

As 4 o’ clock strikes, Venom: Let there be Carnage makes a dramatic entrance. With a recap and continuation of the first movie, Venom 2 had itself a storyline featuring the current stage Eddie Brock is living in. For senior Emily Idierte, it was love at first sight with the series: “I loved the first movie and how it turned a character that’s portrayed as a villain in the comics into an anti-hero, mixing in funniness and I can’t wait to watch it!”

The main characters, Eddie Brock (played by Tom Hardy) and his ameba friend Venom, serve a parasitic relationship and while they are ‘superheros’ they mostly live behind the scenes. What adds to their daily routines is the constant talking to oneself, where Venom’s thoughts and reactions are shown the brightest. “What truly made this movie was the sarcasm that was transparent from Eddy and Venom. It’s what made this movie stand out from its predecessor…”, junior Daniel Zambrano quotes. In a complicated manner, their relationship becomes more complex and hits a nerve in both of them as Brock battles his own personal struggles… an ex- fiance marrying a ‘weak’ doctor. But, it was this riff that led to Venom removing himself from his host! As frustrating as it was for them both, the moment of truth came when danger called.

To start, new villains are introduced, naming Cletus Kasady and his romantic love interest: Frances Louise Barrison. Known as a screamer, Frances added character to the overall evil attraction of Carnage. This odd pairing started back when Cletus was sent to a dark children’s home: St. Estes as he was neglected by his father following the murderous activity coming from Cletus. From getting bullied to finding protection in Frances their bond grew through the walls and eventually to the city as she was sent away to a secret underground laboratory. It was here she was “protected” from her powers since she was gifted with a powerful voice…

Ironically, Cletus found himself having a  “bond” with Eddy and is seen to suspiciously keep his company just as Eddy fulfills his duties as an investigator. When Eddy and Venom meet Cletus in jail the writing was on the wall (literally!) as to what was really happening. Venom cleverly connected the drawings to a previous case and won Eddy the savior respect. It was then Eddy became a little distressed from it all as Cletus started becoming a bigger problem. On the day of his execution, the blood left behind from Venom infiltrated his blood stream and unearthed a separate virus: Carnage. As intense as the reveal was, with the veins piercing through the screen and the screaming coming from the fellow prisoners (and movie attendees!) Carnage came out with a BANG.

But it was he who helped mend the relationship between Venom and Eddy as it forced them to fight off Cletus and his girlfriend – who was bailed out of her impossible cell by the parasitic version of Cletus. However, Cletus and Carnage’s relationship is unstable (to say the least…), making it hard for the two to stay together. With Carnage holding the pants of the relationship he calls the shots… clearing the way to remove any obstacle: sound — Frances.

Luckily it was the weak doctor who helped Eddy and Venom defeat Carnage and restore order to the city. “As a Marvel fan, I loved the part where Carnage comes out and says, “LET THERE BE CARNAGE!; by far that was the best scene of them all.” By the end of the movie the edgy parts and the toxic relationships are past its moments and the calmness of Eddy’s life is back to where it has always been: behind the scenes. In this sequel one message did strike and that is amidst all the drama Venom was always there for Eddy emotionally and physically, even from the moment they separated. What was clearly the highlight of the storyline was the twisted love story that Frances and Cletus had, with a number of kissing fits in between to seal their “victory”.

Overall, Venom: Let there be Carnage proved to be a great success to Sony Pictures and the movie industry who is thirsty to resume back to its normal standards of busy. But, make no mistake the Marvel Universe is expanding and to say it’s too calculated is mistaken as Venom reveals the cleanest and most anticipated easter egg for the coming Marvel movies.