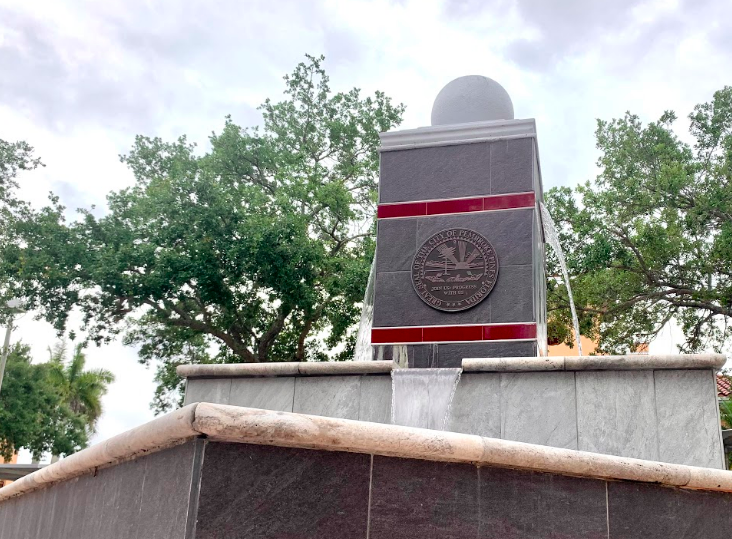 The PPCHS Class of 2021 is among the first group of seniors to ever have to graduate after an entire year of primarily distanced learning. As Senior Class President Henry Severe put it, “[We’re] the first [PPCHS] senior class to have to go through a full pandemic.” Consequently, the cloud of a global public health crisis has obscured almost all of the elements that make senior year unique and memorable for high school students.

Seniors have received significant sympathy from the PPCHS family, particularly as most could not imagine what it feels like to experience the last year of high school through a screen. As the Class of 2021 lived through their last months of K-12 education, doubts and questions drifted. Prom, graduation, and senior events seemed unlikely, or at the very least uncertain. At the same time, the desire to have them remained, among both students and staff.

“We really want the seniors to have as many events as possible,” said Principal Bayer. Now, after careful behind the scenes planning, and many final decisions being made, a schedule for upcoming events has been released.

The Senior Jersey Pick-Up was the only event held during April and took place on the 15th. The tradition of soon-to-be graduates ringing the bell will continue, with an online sign up link sent out on April 21st. The bell ringing appointments will take place during May and be limited to just one student and four guests. Appointments will be scheduled between 8:00 AM and 8:40 AM, depending on whether a student is on-campus or off-campus this semester.

Other events include Senior Awards Night on May 7th, the Senior Leader Awards, on a date still to be announced, and Cap and Gown pick up on June 1st and 2nd. As seniors pick up their graduation attire, they will participate in the PPCHS tradition of dipping their uniform shirts in the fountain and throwing them up the trees. There will be a photographer nearby to capture the special moments, and yearbooks will also be given out.

What caught the most attention on the announcement, however, was the return of Prom and graduation, albeit in different forms. With obvious restrictions from not only the CDC, but also the school and the City of Pembroke Pines, getting the required approval was a challenge.

Henry explained the complexity of the Prom process in a call with The CHAT. Proposals were drafted and discussed primarily between Student Council, Ms. Altimore, SGA, and Mr. Bayer. Standard procedure has students meet with administration to flesh out details. Once a plan is agreed upon, the administration then sends the plan to the city for approval.

Henry says this is why it’s difficult to compare Charter’s Prom —or even graduation plans— with other schools. Beyond the challenges of this year, which meant that venues often changed their rules and were less accommodating compared to last year, receiving city approval is never guaranteed. Preparation was strong as a result. Outlining had already begun during first semester, with serious thought being put in throughout the year. Henry recalled a major meeting in January, with themes ready to go by the next month.

Now, Prom is set to appear in a different form, now widely recognized as a part of the Senior Sunset event on Saturday, May 15th. The flyer describes it as an in-person event being held on campus with alfresco dining, a video slideshow, crown decorating, games, a photobooth section, and music all around.

Senior Gabriella Velazquez, who goes by Gaby, shared her thoughts: “I look at senior sunset pretty positively. It’s a great chance for people to get together after a year of being split up and just enjoy a beautiful moment together. I plan on attending, just because it seems like a cute event and it’s one of the only events we actually got this year as seniors because of Covid. I don’t want to waste the opportunity.”

Gaby also shared her thoughts on graduation, which changed forms after being initially announced to better incorporate student and parent feedback. Walking across the stage “or whatever it will be,” Gaby hopes to find a feeling of satisfaction and victory. “It’s such a good feeling to know that all the blood, sweat, and tears I’ve put into my 13 years of charter school is finally worth it, and that I made it through after all.”

Initially, graduation was announced to take place at the City Center with only the graduating class invited to attend. Henry shared that this was because of the City Center’s own regulations. It was difficult to allow parents and other guests to attend, he says, because “the center had different COVID capacity rules.” Resistance to a seniors-only graduation came from both students and parents. As a result, Charter released a survey with different options for how graduation would take place, with each student and family granted one vote.

Option 1 would follow the original plan: the entire class would graduate together at the City Center, and parents could view through livestream. Option 2 would allow parents to attend while still meeting capacity rules: the graduating class would be split into three and would graduate in three separate ceremonies. Each senior would receive two guest tickets for their day. Option 3 would allow for the most people: seniors could graduate together at the football field, and each senior would receive two guest tickets.

The survey closed after only a weekend, and many shared their thoughts. Senior Emma Caufield said she spoke for herself and her parents when she said Option 3 was the best choice. “This is because our parents [are the] ones who’ve been with us all through high school and deserve to see us walk, especially parents who had children from the class of 20 and missed out on that. [… The] football field also lets the entire class of 21 be there which is also important to me especially because […] this should be the one time we are all together.”

Others were more neutral towards the options and focused on graduation itself. Senior Maria Caballero, after discussing it with her mom, said she realized “that there’s only so much that could have been done.” She’ll try, with her family, to focus not on “what could have been, but these last moments with the class.”

On Tuesday April 20th, one day after the survey closed, Ms. Fernandez announced the most votes went to “Option 3—which is the Broward County Schools model for an outdoor event that the entire graduating class can attend and TWO tickets can be distributed to each participant!”

Senior Shannon Amor observed that “each option [was] different in their own ways, and not all of the options [satisfied] what we want.” Simultaneously, she feels that “the most important thing we can focus on now, since the Option 3 was chosen, is to try to prepare for […] any circumstance, for example the weather.” She listed rain and the possibility of a backup date as important things to consider ahead of time.

Though official options do have their expected restrictions, celebrations won’t take place solely at school-sponsored events. “Everybody can have their own party at home as they feel comfortable, and all of our seniors will be together as they want to be at the ceremony,” said Mr. Bayer. Outside of home and at school events, Ms. Fernandez repeated the importance of social distancing and masks to make “the ceremony possible,” along with all senior events.

Yet, despite having to organize differently because of safety concerns and a year that has felt longer and stranger than any other, a sense of gratefulness, novelty, and compassion can still be found at Charter.

Senior Kevin Orbegoso looks at graduation with anticipation. “I would love to see my friends again all in cap and gowns for our much needed graduation,” Kevin said. “This year has been such a struggle being all virtual. At least before we enter into our next chapter of our lives, I would love to see everyone for one last time.”

When asked what he wants the Class of ‘21 to know the most about the coming weeks, Mr. Bayer responded with the following: “I guess we will save some of that for the graduation speech —but most of all perhaps is that we did not forget about you!  It may seem that way given how remote everyone has been, but that doesn’t mean that anyone wanted it this way or did not feel that the class of 21 did not deserve a fantastic senior year like all previous classes.  We all feel sad that so much time passed without being together and so many students and their families had struggles and challenges unique to this situation.”

Henry shared his perspective from his unique position as senior class president. Because of his role, he’s been able to see many developments unfold from their initial to final stages. Even with all the work everyone has put in, Henry said he still feels a sense of surprise, “but a good one.” He described his incredible thankfulness for those who made senior events a real possibility again, expressing his gratitude for senior class sponsor Ms. Altimore in particular.

In Henry’s words, if someone had told him what the next few weeks are set to look like “three months ago, I wouldn’t have believed anything — about Prom or graduation.” He acknowledged how grateful he was that his worries didn’t play out. In addition, Henry carefully recognized that the pandemic hasn’t gone anywhere and that cases are rising once again. Still, he’s able to see the reality and enjoy victories where he finds them.

“I’m honestly just thankful we were able to get anything,” he laughed, with wistful contentedness behind his words.

Because of effort from across the school, this year’s senior events are sure to create long-lasting memories for the Class of 2021.

Editor’s Note: A previous version of this story stated that Senior Awards Night would take place on May 8th. This has been updated to the reflect the new date of May 7th.