Jaguars are Ring Chasing Once Again 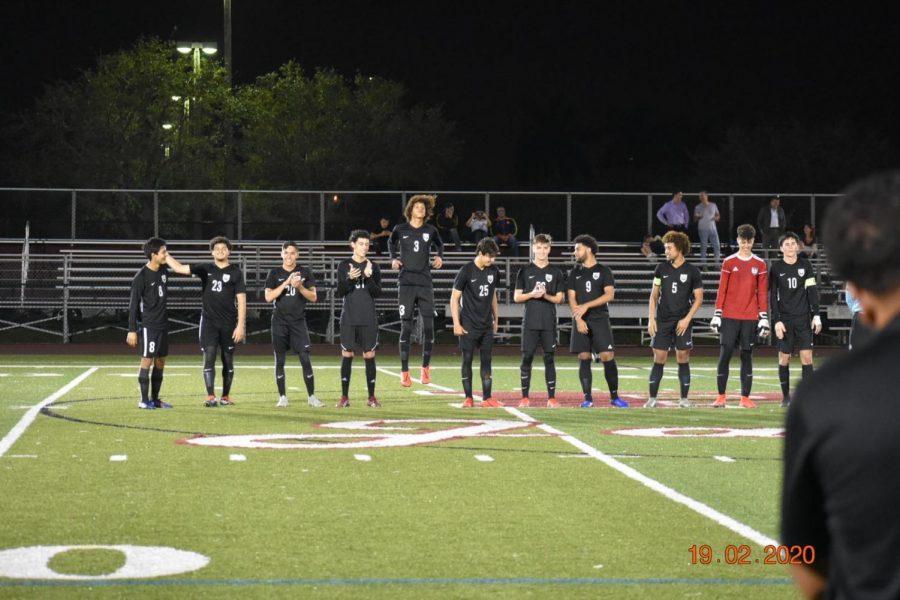 Pines Charter has historically had a great soccer program throughout the years reaching numerous district title games, regional title games, and just last year reaching the 5A State Championship game. Despite the heartbreaking 5-4 loss against Jesuit Tampa in that game, Charter came out this year, in a year like no other, and are looking for vengeance.

The Jags currently sit 7-2-1 and top of their district division. Topping teams such as Stoneman Douglas, Monarch, and Western. Despite the condensed season, behind senior captain Matthew Gordon and other seniors such as Julian Garcia, Armando Sanchez, and top goal-scorer Jack Simpkin, Charter was able to have a first round bye week leading up to the district tournament. Gordon expressed, “The loss last year really put fuel on the fire and made me and my teammates want this ring even more than we wanted it last year. Despite a shaky start to the season, I still believe if we play the system our coaches have instilled in us for the past two years, no team is capable of stopping us.” The Jags did struggle at the beginning of this season as Gordon mentioned. They suffered a quick loss in their second game of the season versus a tough Cardinal Gibbons team and tied to a St. Thomas Aquinas team in which they should’ve beat.

Now with the district tournament once again upon us, Pines Charter hopes to have similar success as they did in their state championship run last year. Starting goalkeeper, Carlos Betancur has been phenomenal this whole season. In just 7 games, Carlos has 35 saves and has kept 3 clean sheets. He explained, “I had to step up a ton this year, we knew coming into the year if we didn’t come out to play day in and day out, we would not find success this year. Thankfully, we have had a few reality checks this year and now with districts coming up we should be at full strength, especially with this break coming up.” This break Betancur mentioned is the bye week for Charter as the team does not play till February 10th.

As the season continues for Charter they hope to find success regionally, and state-wide with the ultimate goal of that state championship they so desperately deserve after last season. Is this The Jaguars year? Only a matter of time before this tournament kicks off!!