Dominant Jags Are Back For The Championship 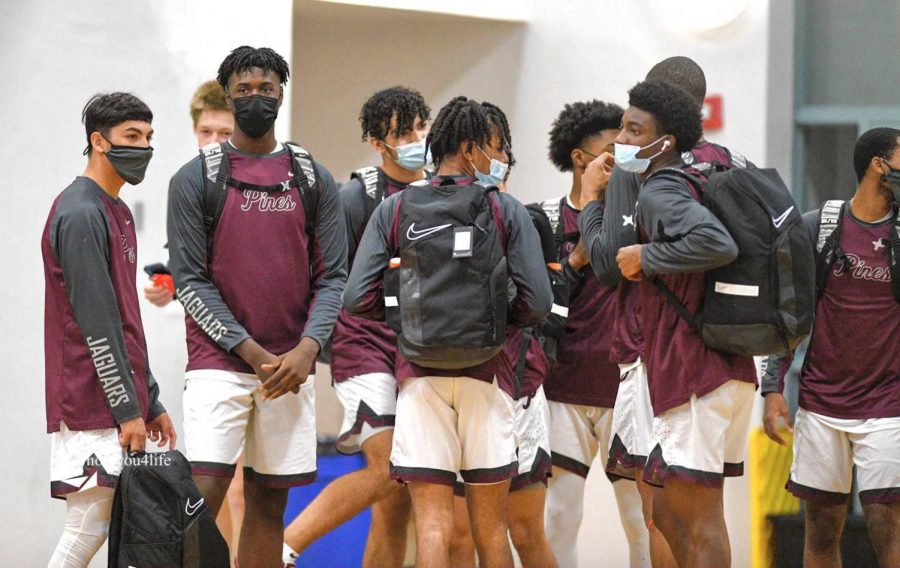 This story has been updated with more information once it became available.

After winning the county Big 8 championship a year ago, the Jags boys basketball team has once again qualified for the tournament. In the 5A division the Jags are currently ranked sixth in the state and second in the county. After winning the title last year the Jags lost star seniors Osei Price and Dallas Graziani, but the younger guys have taken over. In a season that was surrounded by the crazy events of 2020, the Jags ended their season with a 6-2 record.

Throughout the season the Jags averaged almost 73 points a game led by junior star guard Geoffrey Sprouse who is averaging 15 points a game. Sophomore Justin DeLuca said, “The basketball team should win the championship.” In the first game of the season, the Jags suffered a 15 point loss to Pine Crest. After the early loss, the Jags won four straight by an average of almost 24 points, their biggest win came against Miami Country Day when the Jags won by 36 points.

In the most recent game of the season, the Jags dominated Westminster Chrisitan, winning by 27 with a score of 58-31. This game should be a huge confidence boost for the Jags heading into the playoffs. Senior Johnny Montilla said, “I think they are going to kill the rest of the teams in the playoffs.” For right now, the Jags don’t know who their next opponent will be because they need to wait to see who wins in the first round of the playoffs.

The Jags came into the year with high expectations and were hoping to defend their Big 8 championship. Star junior guard Geoffrey Sprouse said, “The talent we have this year can definitely help us achieve a state title we just have to continue to work hard.” With another title at stake, the Jags are sitting in a good spot to go back to back. Right now the Jags are one of the top seeds in the tournament, and in the state. The next Jags game will be Thursday February 4, against Hallandale.

In their first tournament game, the Jags suffered a heartbreaking lost to the Hallandale Chargers 60-57. The Jags fought hard against the chargers and even fought their way out of a double digit deficit. This game came exactly a month after the Jags beat Hallandale by 13. After this disappointing loss, the Jags will play in their first district game on Wednesday February 10.