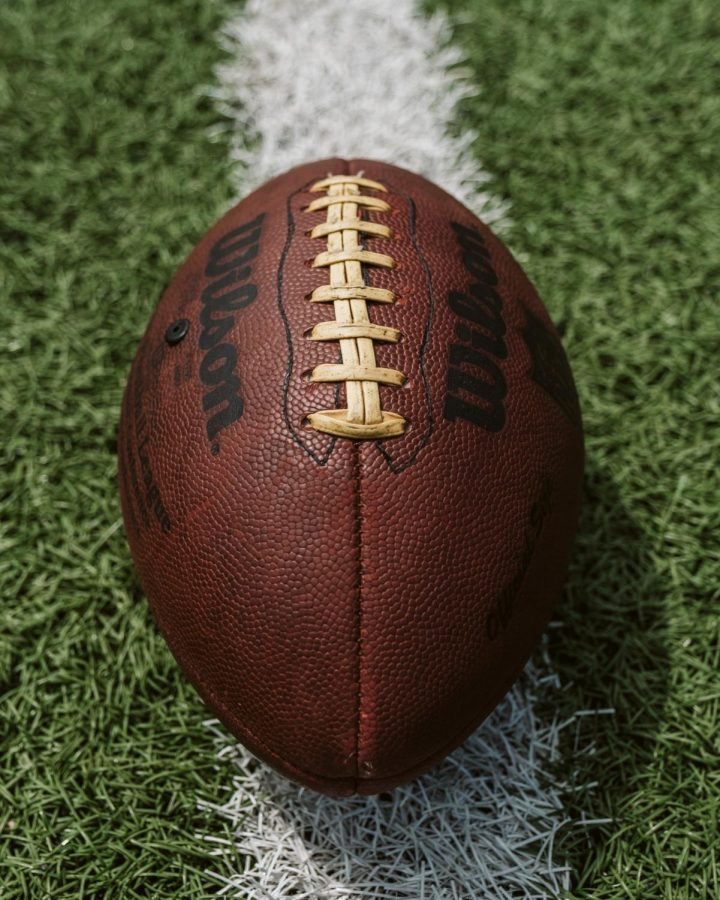 Photo by Dave Adamson on Unsplash

As most people were still celebrating the end of the terrible year that was 2020, four schools were preparing to play in the college football playoffs. In the Rose Bowl, the Alabama Crimson Tide faced off against the Notre Dame Fighting Irish. Then the Clemson Tigers took on the Ohio State Buckeyes in the Sugar Bowl.

After a controversial choice to put Notre Dame in the playoffs, the Fighting Irish found themselves severly out matched against the Crimson Tide. Notre Dame has had a recent history of being overrated and constantly blowing big games like this. Alabama came into this game undefeated and led by Heisman finalist quarterback Mac Jones, their Heisman winning receiver Devonta Smith, and running back Najee Harris who finished fifth in Heisman voting.

Quarterback Mac Jones was near perfect after completing 25 out of 30 passes for 297 yards and four touchdowns. Star receiver Devonta Smith proved why he is the Heisman winner after having seven catches for 130 yards and three touchdowns. The Crimson Tide rolled over the Fighting Irish 31-14.

The Sugar Bowl between Clemson and Ohio State also had controversy as Clemson coach Dabo Swinney ranked the Buckeyes 11th in his rankings and the selection committee allowed Ohio State to play even though they only played six games. This game was hyped up due to the quarterback matchup of Trevor Lawrence and Justin Fields who have competed against each other their whole lives. Lawrence, the Clemson quarterback, is seen as one of the greatest college recruits of all time and has even been talked about as the greatest college quarterback ever.

After the first quarter, the game was tied up 14-14, Ohio State quarterback Justin Fields took an illegal hit to the ribs that benched him for one play. After sitting out for one play, Fields came back in and threw a touchdown immediately; the Buckeyes blew the game open in the second quarter after scoring 21 and holding Clemson to zero. Fields then went on to throw for six touchdowns and 385 yards as Ohio State knocked off Clemson 49-28. Trevor Lawrence threw for 400 yards and two touchdowns, and has now declared for the NFL draft where he is almost the guaranteed first overall pick.

The Alabama Crimson Tide will take on the Ohio State Buckeyes in Miami to see who will be crowned national champions. Junior Harmon Cambow said, “Alabama will win 42-24.” Heading into halftime, Alabama has dominated the Buckeyes 35-17, led by Heisman receiver Devonta Smith who has three touchdowns and 215 yards. At the half Devonta Smith has more yards than all of Ohio State. On the first play of the game, Ohio State star running back Trey Sermon left the game with a broken collar bone.

After a lopsided game, Alabama blew out Ohio State 52-24, even though the star receiver left the game in the third quarter with a right finger injury. Alabama quarterback Mac Jones led the way by setting the record for pass yards in a CFB championship game with 464 yards and five touchdowns. Sophomore Owen Galvin said, “Mac and Devonta both had monster games and put up crazy stats.” With this win, Alabama coach Nick Saban is college football’s all time leader in championships with seven.