A New Kind of Celebrity Spotlight? 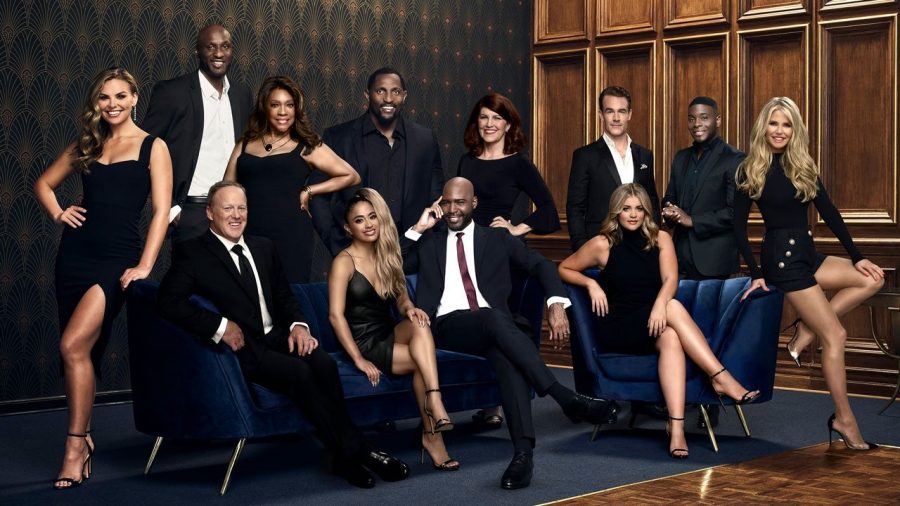 Nelly, Skai Jackson, Vernon Davis, Carole Baskin, and many celebrities took time off from their usual professions and busted a few moves on the dance floor. Season 29 of Dancing with Stars premiered on Monday night, September 14. The audience was able to cheer and boo safely behind their TV screens. And even guess what their favorite, and not so favorite, celebrities would be scored.

The new season came with a few changes and many kick-offs. The most noticeable change was in the replacement of the beloved host Tom Bergeron with Tyra Banks. He had been a host for DWTS since its very first debut in 2005. Tyra Banks was left with “big shoes to fill,” she announced, when she was brought in to be the new host. Her replacement came with many rude comments and backlash all over social media. One twitter user even wrote, “Can Tyra Banks be the first person voted off, thanks! #dwts” (Fox News). Lyndon Ochoa, a sophomore, stated, “I honestly was upset Tom had to go. He was a staple for the show.” The show must go on however.

The contestants consisted of a variety of celebrities all from similar and different professions. Each celebrity was partnered with professional dancers or past Dancing with the Stars finalists. Many viewers were able to see some of their favorite dancers back on the stage where it all started.

Lastly, Jeannie Mai, the co-host of The Real, Nelly, a rapper; Anne Heche and Jesse Metcalfe.

Each contestant faced numerous challenges trying to perfect their pointed toes, kicks, and spins, and the judges weren’t easy on them. This season’s judges were the long-time judges from season 1 Bruno Tonioli and Carrie Ann Inaba, and former DWTS pro-Derek Hough. The judges never gave a perfect score of 30 to any of the contestants, but any that didn’t receive a very high score has a chance of redemption in the next episode. The next episode will now include all the fans from home submitting their own votes and helping their favorite contestants win.

Two contestants tied for first place with a score of 21/30. The first to score this high was Skai Jackson, along with her partner Alan Bersten, the reigning champion, who danced the tango to “Super Bass” by Nicki Minaj. Second, came Justina Machado with Sasha Farber, an Australian professional dancer, who danced the cha-cha to “Respect” by Aretha Franklin. These couples set the stage for what to beat this coming episode. However, one couple set the stage for what not to do… Carole Baskin and Pasha Pashkow, national Latin champion, danced the paso doble to “Eye of the Tiger” and received an 11/30, the lowest score for the night. Although the judges commented on her technique, they complimented her for going “full out” (enteraintment.com).

Junior Trini Rojas stated, “I honestly don’t know why Carole Baskin was put on the show. Her performance was exactly what I was expecting: tigers.” All the other contestants’ scores fell between 11/30 and 21/30.

There’s still much more dancing to come and the very first elimination this season will be announced on the next episode, Monday, September 21 on ABC. Anyone can help who will win or choose, but it’s mainly in the judges’ hands. Who do you think will be the first eliminated?