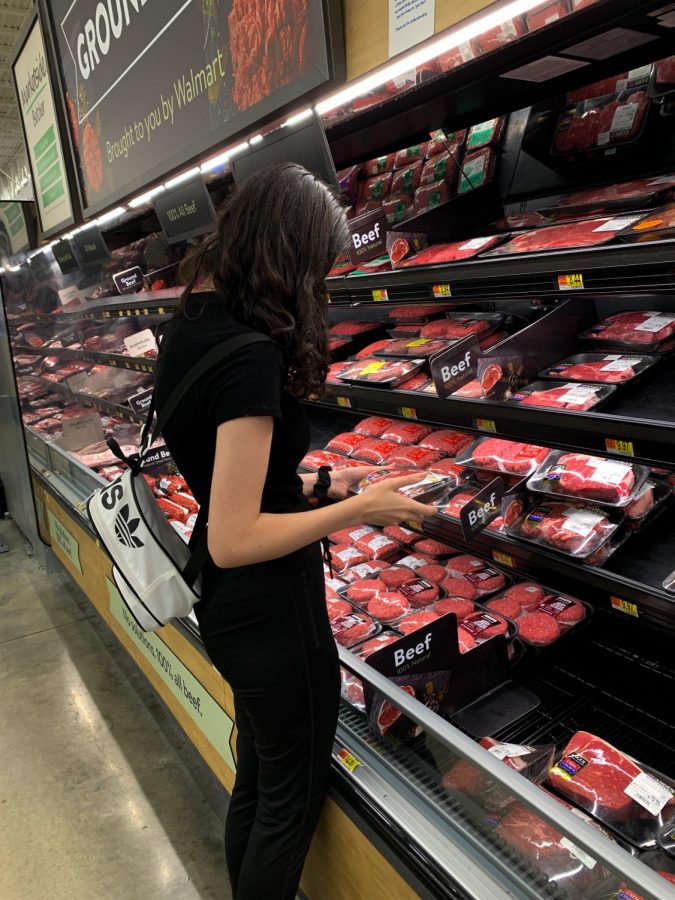 During this age of uncertainty and concern about the future state of the Earth, many people have been evaluating their own habits and practices that contribute to climate change. Some individuals, for example, have started biking and using reusable bags and containers, while others have adjusted their diets by cutting down on their consumption of meat and animal products.

According to the United Nations, eating less meat, among other things, can help reduce greenhouse gas emissions, and therefore, limit the effects of climate change. However, this poses the question: how does eating meat even correlate with climate change?

Well, raising livestock uses large amounts of water and land; land that can be reforested instead of used for grazing. The animals themselves also produce emissions that trap heat in the atmosphere. Cows and lambs, specifically, produce high amounts of methane gas (Time).

As a result of these revelations, people have become more environmentally conscious, and have become inspired to go vegetarian and/or vegan. Many of them, both new and old, have encouraged meat eaters to make the switch. For example, freshman and vegetarian Natalie Tsung expresses, “I think more people should go vegetarian to help the environment. Switching to a vegetarian diet helps reduce greenhouse gases, saves land resources, and reduces pollution.”

A number of non-vegetarians have also decided to simply cut down on meat consumption when possible, in the name of the environment. “While I do enjoy vegan/vegetarian alternatives from time to time, it’s definitely hard to do that continuously when the rest of your family members all enjoy meat products. I think… eating less meat helps with animal cruelty and less greenhouse gas emissions, and eating plant-based products results in a smaller carbon footprint,” expresses sophomore Jeylah Valdes. while others are starting to slowly switch to animal-free options when possible.

Popular alternative meat brands include Beyond Meat and Impossible Foods, both of which engineer meat-like products in labs and make meat products including burger patties, sausages, and ground meat that are made of plant protein and taste extremely similar to real meat (CNBC).

However, many people wonder if switching from real to fake meat would actually help the environment. According to multiple experts, it would: if every American ate a little less meat each week, it would have enormous effects on the progression of global warming and climate change (Huffington Post).

Eating less meat will not in any capacity solve the global issue of climate change, but it can have a drastic effect if enough people make an effort. To be fair, though, the bulk of climate change can be traced directly to huge fossil fuel corporations including ExxonMobil, Shell, and Chevron (The Guardian), and it’s unfair to attribute the state of our planet on what individuals decide to put on their plate.