My First Week Back 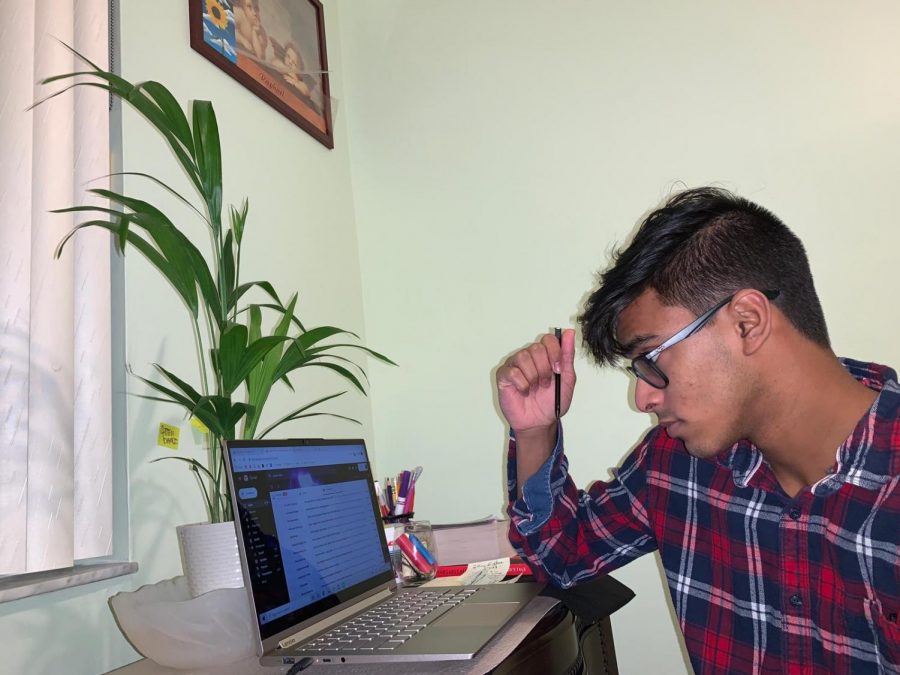 The hardest part was noticing the differences.

The first week back to school is always a really tricky time for me and just about everyone I know. Switching from a summer schedule to a school schedule isn’t as easy as it seems. Sleep, which I mostly took for granted for a couple of weeks, took on a whole new meaning when I couldn’t wake up at 10 anymore.

Compared to previous years, that’s stayed constant actually, but not much else has. Weird doesn’t even begin to cover the stretched out, absolutely unusual set of months 2020 has been, but we’ve all experienced it firsthand. Finding a single word to describe it is difficult.

That first day, lounging in my chair, in front of my cluttered desk, right beside the tangled clump of sheets on my bed, I couldn’t figure out how to convince myself that school had even started.

You see, this year’s tricky in a lot of ways, and one thing that keeps getting me is how silent everything is. First week back, I’m used to crowded hallways, not a collectively muted Zoom call. A whole lot of hugs from friends I haven’t seen in ages would be great, but that’s not exactly possible right now. Basically, the usual way I rally myself and come roaring back is nowhere to be found.

School’s officially started now, but it’s hard to ignore that I’m still in my room, doing stuff online, fidgeting to go outside.

Staring at my laptop screen on Wednesday, I realized that unless I actively decided school had started, I would continue in that same sort of fog I’d been in all summer. That’s what the first week back was like for me—waking up.

It’s patently obvious that this year is terrible in as many ways as there are clothes tossed around my room.

Be that as it may, I still absolutely despise the idea of letting this year hold me in its grasp, at least mentally, for longer than it needs to.

As I navigated from one Zoom to another, learning what felt like six different ways of taking attendance (seriously, how many lists are there?), I did take some notice of the differences. Yes, sure, I’m still inside my bedroom, looking for some peace and quiet, but there are actually some noticeable differences between this summer and this school year.

Besides the obvious like assignments or syllabi, school, online or not, means more resources for a whole lot of things. They can’t and won’t be perfect, and settling isn’t what I want to advocate either, but it’s nice to know that someone is considering our mental health, among other equally important things. A reminder to meditate wasn’t the worst thing for me, and I appreciated that some time was taken for it.

The jury’s still out on whether “THE OASIS” is a decent name, but if students can make suggestions and gradual improvements are made over time, I won’t complain.

The main thing I took away from my first days “back” at school was a sense of change.

I navigated the first week a lot more emotionally than chronologically, and for me, that’s pretty normal. Overall, from getting to meet my teachers, to eating lunch on my couch, I was a lot happier than I expected to be.

Anxious moments and existential worries are things I’m working on already, but it’s nice to be able to laugh at jokes with my friends again, even if it’s not in person.

I’ll still be figuring out things as I go, but the first week back gave me hope. Not for a perfect year, exactly, but one I could be happy to get through. I’m confident enough to say that for me, that’ll do for now.