The Challenges of Returning to School 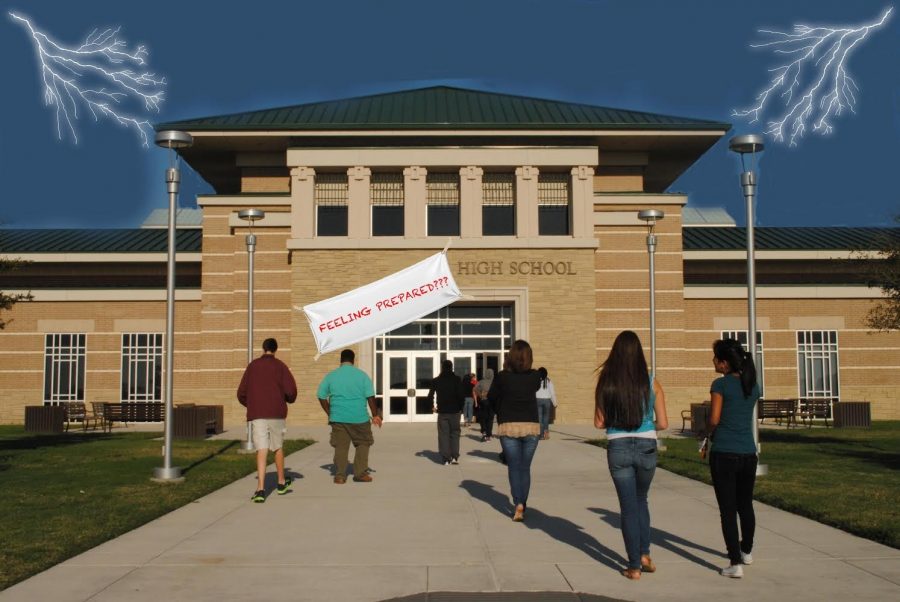 With this global coronavirus pandemic, obviously schools were the first thing to get shut down as soon as news broke about the virus. As a result, online schooling was put in place for the remainder of the 2019-2020 school year. This took a significant toll on students all around the globe. It took some adjusting and getting used to, yet the transition was a pretty smooth one.

One thing that came out of this, whether it’s considered beneficial or not, is the fact there are no standardized tests anywhere. No FSA (Florida State Assessments), no EOC (End of Year Test), and no AICE exams. Freshman Marko Barrera expressed, “I feel like at first, going to school might feel a little uncomfortable because we pretty much had a longer break. So it’s definitely gonna take me some time to get used to waking up early, paying attention in class and such. I also feel like missing the standard testing felt like we dodged a bullet because some of us weren’t exactly as ready as we were supposed to.” At the same time, some underclassmen believe that us missing school and these tests will not be too bad.

As previously mentioned, there are underclassmen who believe this whole transition back to school will not be difficult. Another freshman, Meggan Martin stated, “I dont think it’s going to be the worst going back to school. We have been home for too long and everyone misses each other so it will have an incentive to come back.” There are many different viewpoints on this, as shown by Marko and Meggan. Some think returning to school would be easy, others not so much.

In brief, schools being reopened have been met with mixed reactions and states deciding not to have big tests have taken a toll on students, teachers, and parents. When the return to normality will actually happen is something people all around the globe have been wondering. Once it happens, however, how will we react? Will we react slower and take some getting used to? Or will students and teachers go back with no issues? Will not having testing this year play a factor in next year’s learning? All of these questions will hopefully be answered sooner rather than later.