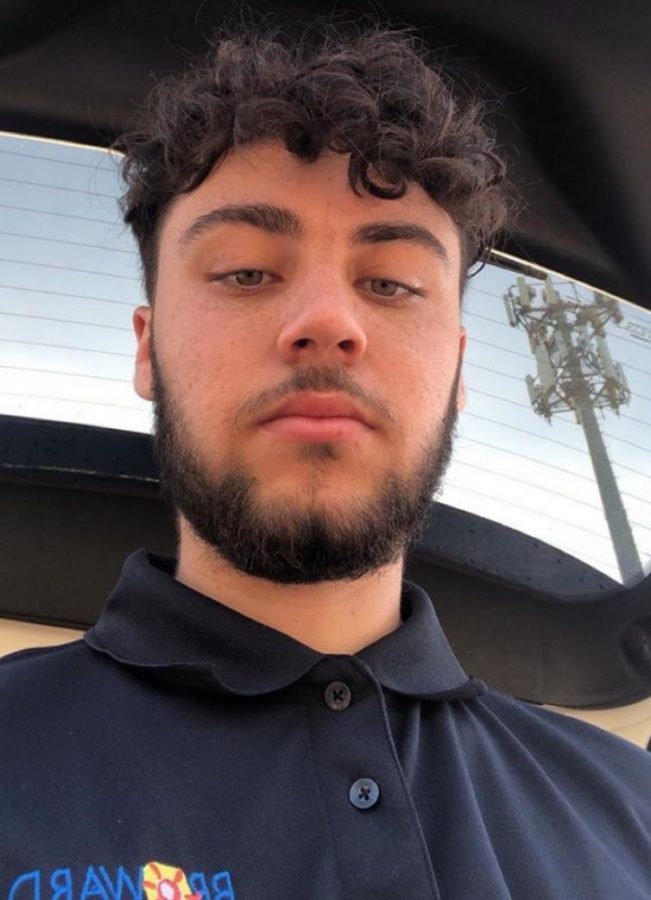 “My favorite day of senior year was the semifinals soccer game…that was amazing…” Daniel Alberto Dello-Strologo. Venezuelan/Italian. Going to UCF. Libra, and much in the way that he’s indecisive. And perhaps his indecisiveness stems from his tendency to want to look through all sides of a situation. He values peace and can often find himself being a mediator. But even so, Danny’s also an outgoing, school-spirited guy who definitely has “faith in humanity.” He always tries to see the best in everyone and only bases his judgements off of his experiences with them. He realizes that not all people “suck,” even though “there’s more evil than good” in this world. Yet, as much as he can be loyal to the good people that he cares about, Danny also realizes that being selfish can be somewhat important. He’s aware of those who often use others, and so he’s his own priority at the end of the day. And with this self-care mindset, he desires to improve himself and adapt to creativity and change as he’s conscious of his procedural, “by-the-book” way of thinking. He also aims to fix his laziness: his “biggest flaw.” Nonetheless, it should be known that Danny will always have the drive to prove others wrong, and he’s not lazy in that way. His favorite saying, after all, states that “the greatest pleasure is doing what others tell you that you cannot do.” Therefore, as going against odds is his biggest satisfaction, Danny hopes to one day get involved in business and accounting for his future since he’s always been a “numbers” guy. Or maybe he’ll perhaps get involved in sports management instead, if he chooses risk over stability for his career. Danny will be married, regardless, as a Floridian man living in a big house in the suburbs along with his 3 kids, and he’ll still be close to his mom who’s always been there for him and inspired by the real love that his parents have always shared. Charter support team: Kim O., Derell, Alex T., Elisha, Aaron. Favorite movie: Shawshank Redemption. Favorite show: The Office. Advice for charter underclassmen: “There’s more to high school than your SAT, your ACT, your GPA, your AP classes. Focus more on the things you do outside of school…”