Our Furry Best Friends to the Rescue 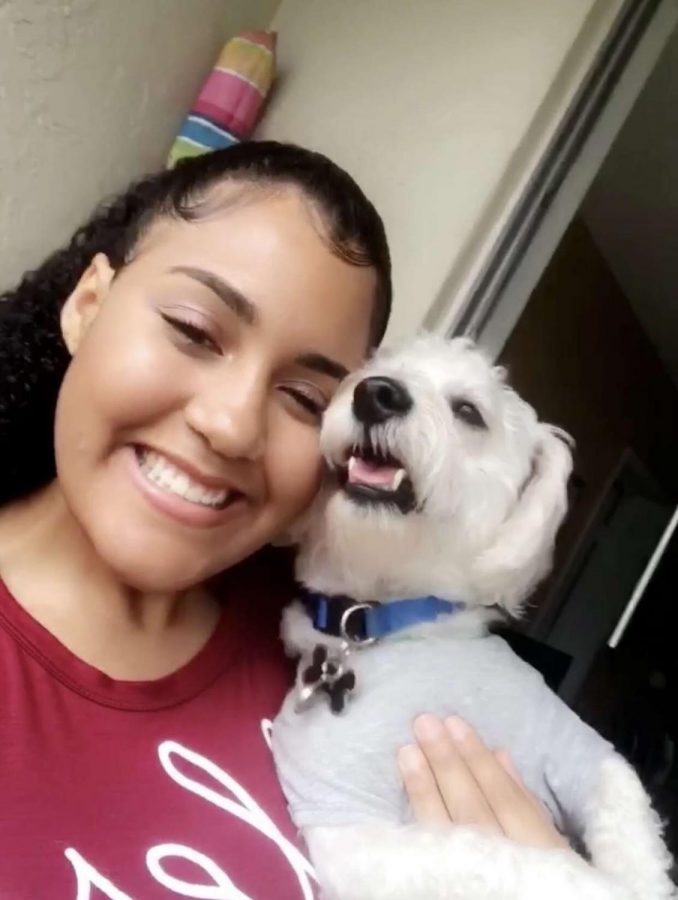 During quarantine, many are locked in their houses alone. However, for some, it’s quite the opposite, as they are locked indoors with their best furry friends: their pets. This is the reality for Junior Aaliyah Myers. She explained, “If you have a dog it’s like your best friend right with you every day, even though you can’t be with everyone else.” She believes that she, along with others, who have pets are able to be less stressed and lonely, but most importantly, happier because they have someone with them during such a difficult time. With Aaliyah seeing all the benefits of having a pet she recommends for those who don’t have one, to go adopt one! She stated, “Animals can really help someone going through anything and just be their support system whenever needed.”

She believes her pets have grown to become a bit irritated with her due to the 24/7 attention she’s been giving them but she thinks they might also be happier with her there more often. She discussed, “They get to go outside more which is a benefit for them and they see my mom and I home much more.” Before quarantine, she wasn’t home often and only took her dogs to walk 1-2 times a day. Now, she goes out 3-4 times a day for their enjoyment along with hers. With all this attention, she’s seen her dogs have changed. She discussed, “My more energetic dog Rolex, has been getting more sleepy and less energetic than usual.” Along with quarantine affecting us, Aaliyah showed even pets have undergone changes as well. Pets have allowed all owners stuck inside, to not be alone, but have their best friend right beside them for any random activity.