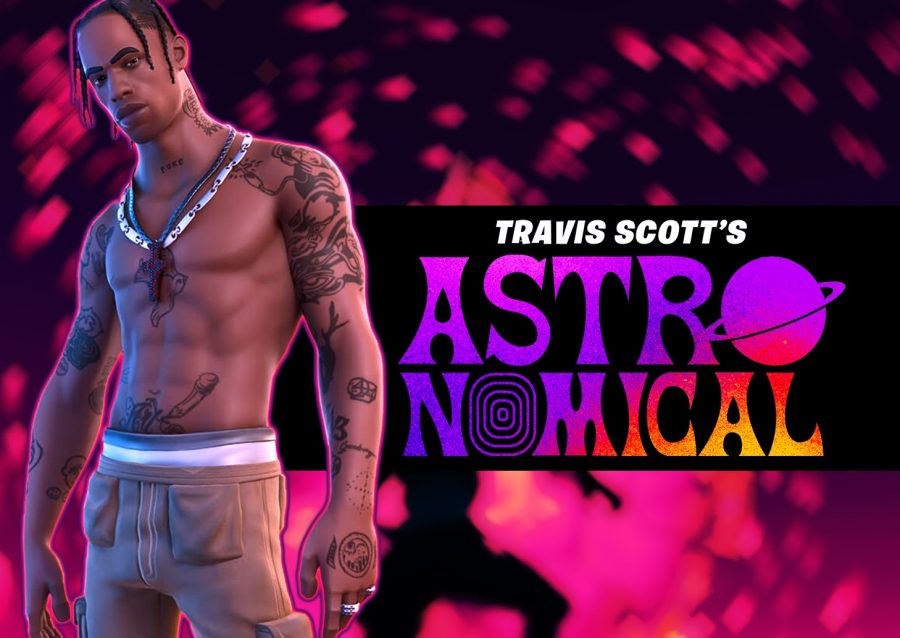 For those of you who play Fortnite, you may be familiar with the in-game live events. On the weekend of April 23rd-25th, Fortnite featured a special live event featuring famous rapper Travis Scott. In the event, he performed his “Astronomical” concert, and he took the meaning of the live events to another level.

He kicked off the concert by appearing as a purple orb orbiting his own world to the tune of his hit song, Highest in the Room, a nod to his “Astroworld” album. When the orb hit the stage, there was a big flash, and Travis Scott appeared like a life-size monster. He then took a few steps, and began performing “Sicko Mode.” Sophomore Jeremy Rodriguez expressed,“That concert was actually dope, there were a lot of visuals and movements. It was better than the Marshmello concert.” Along with “Sicko Mode,” Scott performed his best hits, including “Stargazing,” “Goosebumps,” and “Highest in the Room.” It was pretty awesome.

Senior Dominic Jara also saw the concert. “It was pretty cool, but it was super trippy and my volume was super loud, so it was cool.” There were all sorts of colors and images that went along really well with the music. Even the underwater swimming and flying over different maps scenes were vivid and distinct. Fortnite couldn’t have made it look any better.

Is this the future of how live events in Fortnite will work? Download the game for free, so you can play and find out for yourself!