Jadyn Wilson: More Than a President 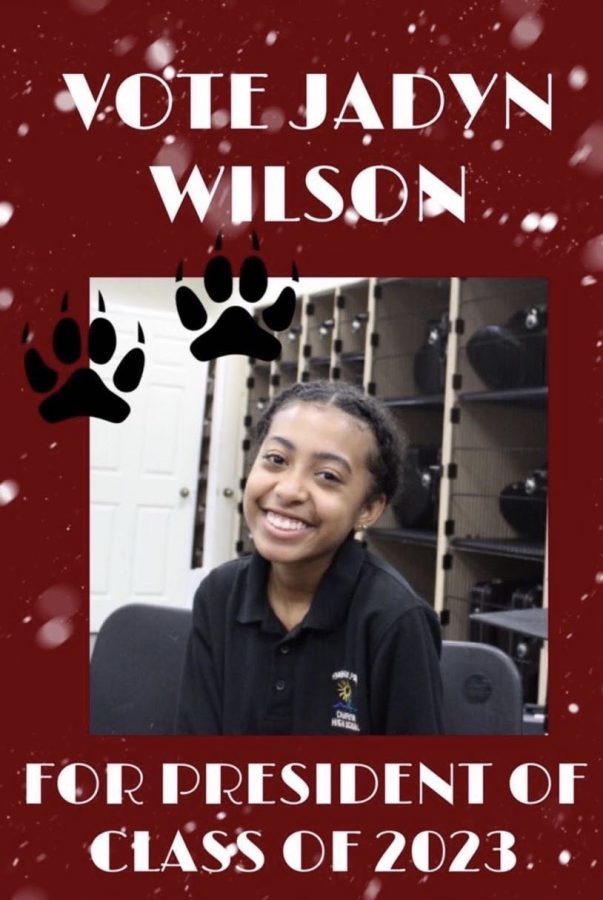 Jadyn Wilson is your classic Charter starter and loves the Charter system. As a freshman with already difficult classes and extracurriculars, she definitely has enough on her plate. Yet, she decided to take the extra jump and run for class of 2023 president. She developed a strong campaign and ended up winning the election.

It wasn’t always this easy though. Once she won the presidency, she was at a loss for words. She expressed, “When I became president, I already had some experience from being vice president in middle school. I still was completely unsure of what being president of our class would require. I was a nervous freshman just like everyone else but I knew I had to get involved somehow. It was nerve-wracking to run for President at the beginning of the year with all the stuff on my agenda.” She added that she’s always wanted to do something along the lines of being involved with school, but never expected to be like she is now.

Wilson is tasked with many responsibilities as class president, yet she thinks she has done a decent job in her freshman year with the officers she had. She stated, “I definitely think that there is room for improvement in our class government. However, I believe that we all learned a lot from this year and that we will apply that knowledge throughout high school. I think we did really well this year though.” With this experience, the only direction for Jadyn and the rest of the 2023 government is up!